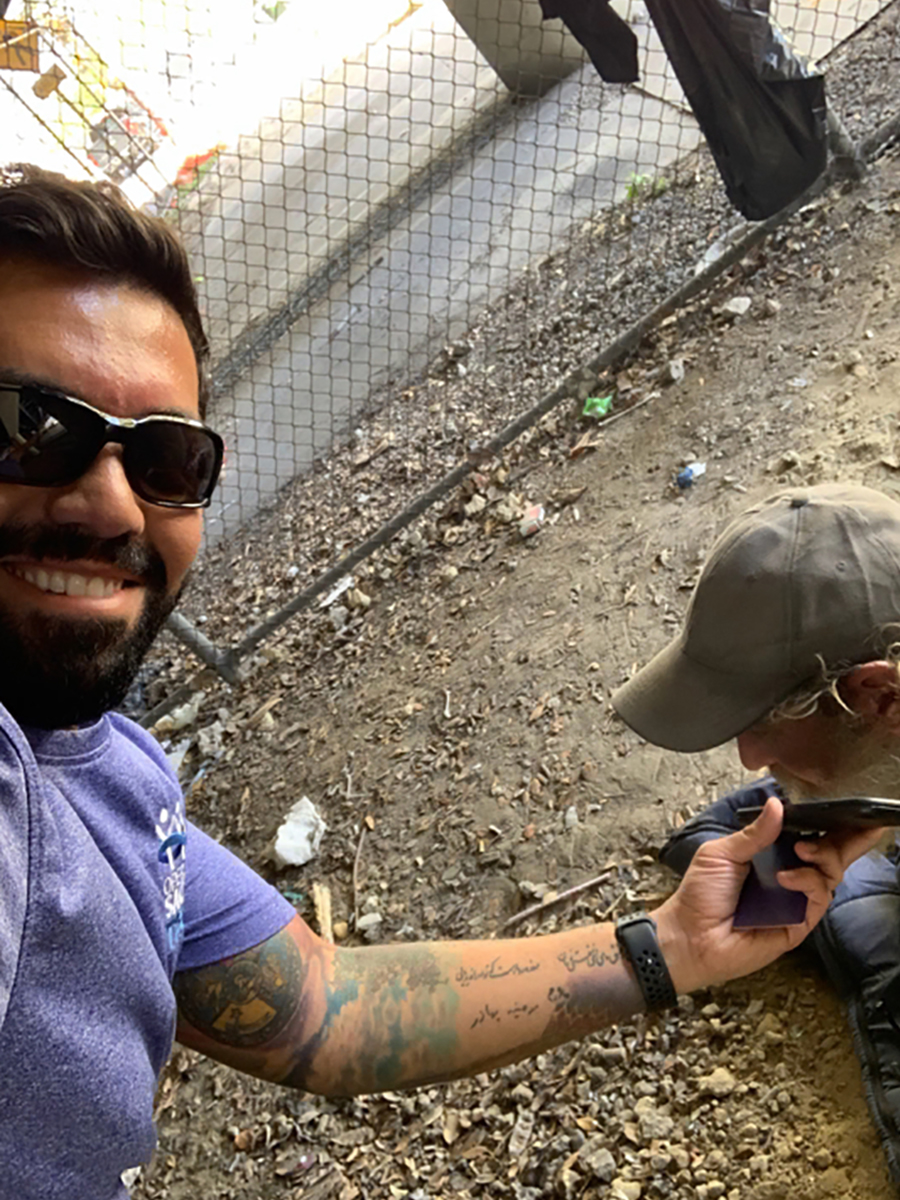 Imagine a homeless veteran in need of life-saving help being told to call a number, check an email, or travel to an office during normal business hours.

For many, that’s exactly what happens.

For many of them – brave men and women who served America in uniform from World War II through Korea, Vietnam, the war on terror, and beyond – it can be a nearly impossible mission without a phone, computer, address, or access to money, let alone energy and will, for public transportation that can take hours after days and nights — often many — surviving without shelter.

For those who do, as often as not, they’re told to go someplace else or turned away altogether when unable to instantly produce verifications of their military service, bank statements, and more.

Last year, with the Department of Veterans Affairs providing the money, Purpose Built Families Foundation was able to lease a technology equipped outreach vehicle so the nonprofit’s Operation Sacred Trust Supportive Services for Veteran Families (SSVF) team could hit the streets to reach veterans most in need of critical care and rapidly provide that help.

Driven to Save Lives

“The reality of more than 7,000 veterans dying by suicide each year drives every moment and aspect of our work,” Engagement Director Jacob Torner said about the agency’s small, but tireless team of activists who have helped thousands of veterans in Broward and Miami-Dade counties since 2011.

“We’re on a life-saving mission to find veterans where they are, help them know life gets better, and get them access to benefits they’ve earned as veterans with the same dedication with which they served America,” Torner said.

Torner is attending the National Alliance to End Homelessness conference in Oakland, California this week to learn from fellow activists fighting the war against homelessness. Together with Intake Supervisor Dr. Juan Flores, a Marine veteran, Torner is encouraging policy makers to build from OST’s experience rapidly serving homeless veterans in the field and do more to eliminate bureaucratic delays.

Not a Nine to Five Job

“Veterans are often the last to reach out for help,” Eisenberg said. “Helping veterans know the help they’re receiving is about benefits they earned with their own blood and sacrifice is important,” he added.

While Eisenberg said there’s hope America can end veteran homelessness, he’s deeply troubled that thousands of veterans are dying each year before that happens.

“V.A. has come a long, long way improving services for veterans through public-private partnerships like Operation Sacred Trust,” Eisenberg said, while stressing there’s a long way to go and the urgent need for technology philanthropists to become more involved solving the crisis.

Big Tech to the Rescue?

“The same passion and technologies that help America explore distant worlds, connect billions through virtual communities, and catalog sextillions of data is key to making a lasting difference for our veterans when they need us most,” he said. “The beginning is meeting veterans where they are when they need help, but that has to extend to having the technology infrastructures, systems, and resources available to save lives.”

“Government has come a long way, but we need one Bill and Melinda Gates, Mark Zuckerberg, Jeff Bezos, or Larry Page to help us with the technology of ending veteran homelessness,” he said. “Any one of America’s billionaire technology pioneers, together with the sweat and commitment of our frontline activists, could help us save thousands of lives and actually end veteran homelessness in America,” Eisenberg said.

Bill and Melinda Gates, Mark Zuckerberg, Jeff Bezos, Larry Page — how about it?