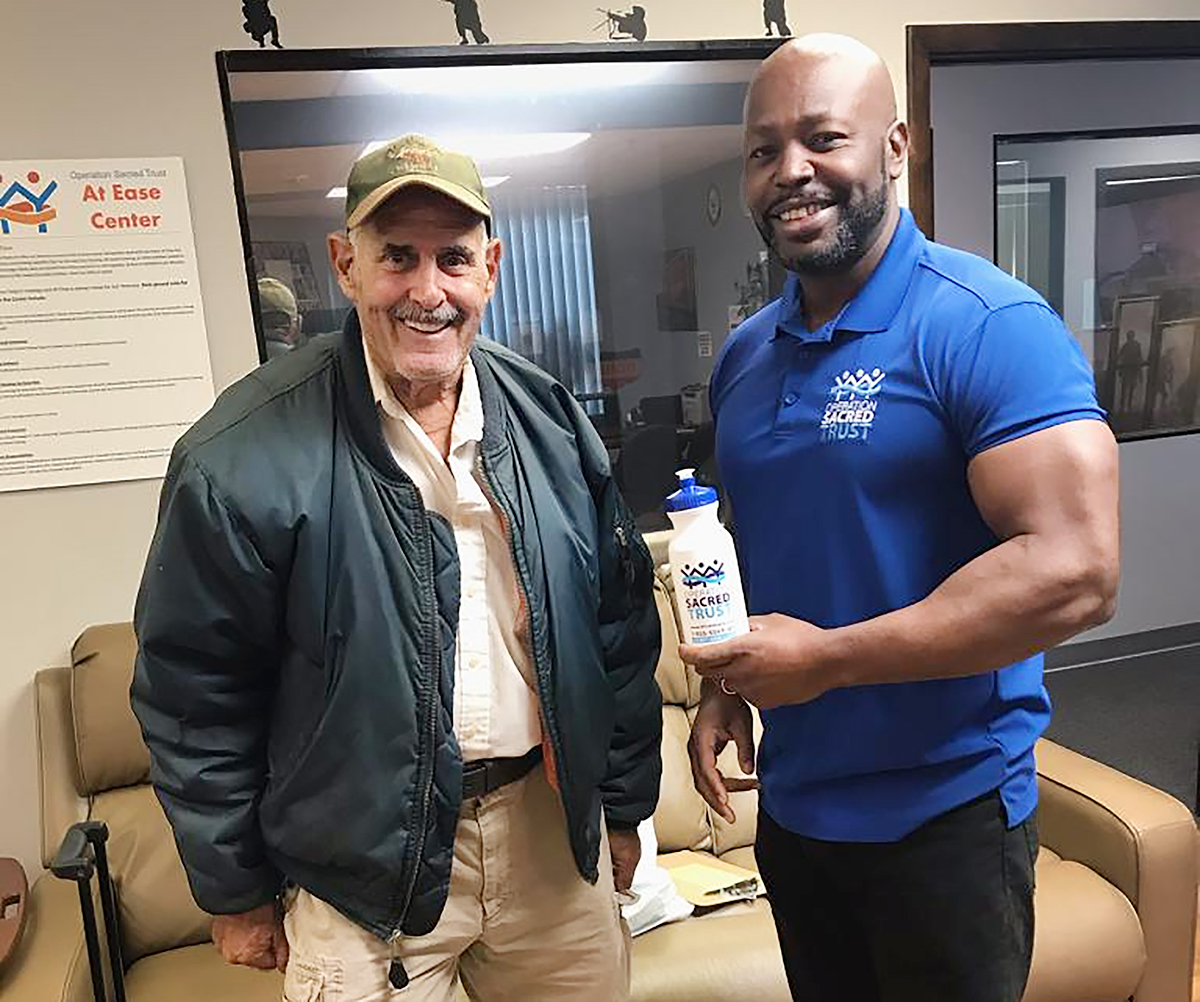 It was the shock of a lifetime.

Stephanie Berman-Eisenberg, CEO of Carrfour Supportive Housing, said what happened to Mr. Beckler is a story she hears often. She’s heard many. Carrfour, Florida’s largest nonprofit affordable housing developer, has provided housing to more than 10,000 formerly homeless men, women and children since being founded by the Miami-Dade County Chamber of Commerce in 1993.

“Like many of our neighbors, Mr. Beckler didn’t have the resources, friends, family or social supports to fall back on to get through this kind of trauma,” Berman-Eisenberg said. “Millions of Americans are in similar circumstances. For so many people, homelessness is one health crisis, legal challenge, missed paycheck, job loss, or breakup away.”

Fortunately, Beckler had one advantage over thousands of others who become homeless in Florida.

In 1976, at the end of the Vietnam era, Beckler enlisted in the Army. Veteran benefits he never knew existed include emergency housing assistance. In South Florida, with funding from the U.S. Department of Veterans Affairs, teams of fellow veterans search the streets, transportation terminals, shelters, beaches, abandoned building and many places in between looking for former servicemen and women who have fallen on hard times.

At 10:15 last Tuesday morning, in a Hollywood, Florida alleyway, Beckler met fellow Army Veteran Kevin Williams. Williams served in uniform for more than 25 years. Last year, he gave up a comfortable retirement to join a unique team of tireless activists at Operation Sacred Trust who sign up to make sure veterans facing homelessness get immediate, compassionate assistance. Everyday, Williams and his teammates are on the lookout for veterans like Robert Beckler.

“Every minute of homelessness is urgent,” said Seth Eisenberg, CEO of Purpose Built Families Foundation. Seth and Stephanie Berman-Eisenberg, husband and wife, co-founded Operation Sacred Trust (OST) in 2011 as many servicemen and women were returning home from deployments to Iraq and Afghanistan. “OST was born out of our commitment to the sons, daughters, mothers, and fathers from our community who served and sacrificed so far from home,” Berman-Eisenberg said.

“Kevin Williams may have set a record housing Mr. Beckler in less than three hours, but that level of care and commitment is what we expect seven days a week, 24 hours a day from our team. It’s also what our community deserves.”

Since 2011, the agency has helped thousands of homeless veterans, their families, and thousands more facing the threat of homelessness. As a division of the nonprofit Purpose Built Families Foundation, OST has provided millions of dollars in temporary financial assistance to help veterans with security deposits, rent, utility payments, and other expenses that can be the difference between home and homelessness. Often even more important, veterans served by OST get immediate assistance navigating a literal maze of challenges involved in securing benefits, finding housing, and overcoming related challenges.

“Kevin Williams may have set a record housing Mr. Beckler in less than three hours, but that level of care and commitment is what we expect seven days a week, 24 hours a day from our team. It’s also what our community deserves,” Eisenberg said.

Elderly homeless veterans, he said, are at the highest risk for suicide.

“It’s not hard to understand how hopeless and desperate homelessness feels for someone who has no family, friends or social supports to turn to. Our team becomes that support and doesn’t look away until we know every one of the veterans we serve is safe.”

OST seeks out landlords throughout Broward and Miami-Dade who share their commitment to veterans. “Landlords know they can count on us to be there for our veterans and to keep being there. We’re grateful our community has some landlords who treat veterans with the respect they’ve earned,” Eisenberg said.

“We hope that example will inspire others,” he added. “Particularly for the elderly, housing can be a life or death issue.”

Last January, Broward County located 216 homeless veterans during the 2019 Point-in-Time count, a significant increase over prior years at a time when veteran homelessness has been declining sharply in other Florida metropolitan communities, including neighboring Miami-Dade County.

“Tackling homelessness takes the same kind of urgency you’d expect from the best teams working in a world-class emergency room.”

Jacob Torner, OST’s Engagement Director and a national trainer for the Department of Veterans Affairs Supportive Services for Veteran Families initiative, said changing that trend requires a sense of urgency from every agency responsible for our neighbors who become homeless.

“Tackling homelessness takes the same kind of urgency you’d expect from the best teams working in a world-class emergency room,” Torner said. “The idea that someone who is homeless is simply told to start calling a list of numbers or finding their way to a pick up point often doesn’t work. As a community, those of us who signed up for this mission have to do more of what works for those we serve and stop doing what doesn’t work,” he said. “The lives of our servicemen and women are on the line.”

This year’s Point-in-Time count took place last Wednesday and Thursday. Kevin Williams and Robert Beckler are both celebrating that this veteran didn’t count.