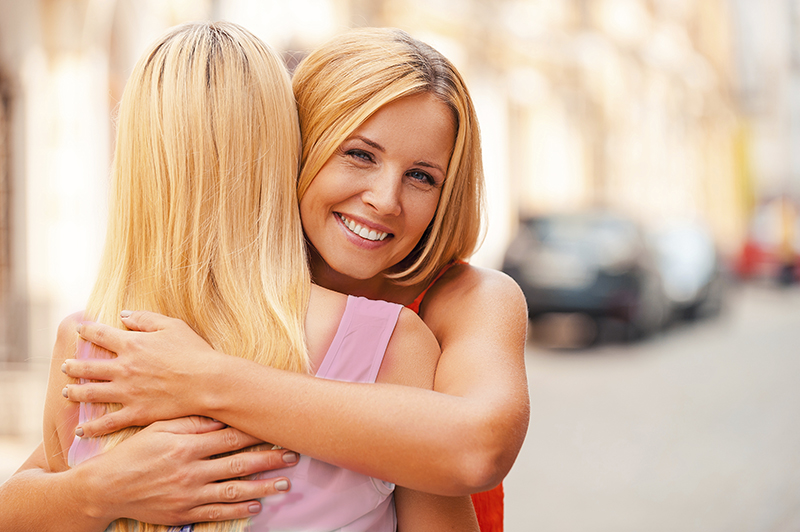 Isn’t it time for a break?” Austin questioned loud enough for the class instructor to hear and seemingly ignore. Austin, better known as “AJ,” wasn’t the only one of 31 participants — 14 couples and 3 individuals — fidgeting in their hotel conference room seats 90 minutes into the first evening of a weekend marriage and relationship skills training retreat for veterans in Miami, Florida.Kathy and Evelyn sat down after introducing themselves to the group.

Kathy and Evelyn, the only same-sex couple in the room, had just sat down after introducing themselves to the group.

“They are a friendly bunch,” Kathy answered. “I’m surprised to feel so comfortable here. You?”

“With maybe one exception, yes, me too,” Evelyn replied.

As they turned to see the meow lady and her man bubbling about their excitement for the weekend, Evelyn leaned into Kathy and held her face close.

“Did you really mean what you said up there,” she asked. “Are you really afraid of losing each other?”

A biblical verse she hadn’t heard or thought about for years began to form: “He will wipe every tear from their eyes, and there will be no more death or sorrow or crying or pain. All these things are gone forever.”

“Where’s that coming from,” Evelyn wondered.

She held Kathy even closer as the group clapped for Mr. and Mrs. Bubbles.

By the time the microphone got to the back row, AJ was long past ready for a smoke break. It had been more than an hour since the introductions began. It seemed like the instructor couldn’t help commenting on just about everything someone said.

“We can’t change the past,” he seemed fond of repeating. “You can’t blame yourself or anyone else for not knowing what you didn’t know,” was another favorite AJ had heard at least four times already.

As the instructor handed her the microphone, Barbara stood up.

“She looks angry to me,” Evelyn answered.

“I’m Barbara. We live about an hour north of here, just past Boca. I wasn’t in the military, but Mike and I were together through the last two of his four deployments. Looking back, even with a baby and then another to care for without him, that was a lot easier than it’s been since he came home this last time around and the years since he left the Army. At least I was used to it. I knew what to expect and had a lot of support around me.”

“Something you might not suspect about me,” Barb continued.

“Well, you can probably hear from my accent that I’m not from Florida. I grew up in Richmond, came south for grad school, met Mike, and never left. That was almost 20 years ago.”

“I never thought I’d stay, but leaving hasn’t been an option. I guess I could work as a nurse in Virginia too, but it’s hard to imagine pulling the kids away.”

For the first time since they’d left their home, Mike’s eyes momentarily met Barbara’s. He glared at her, seeming to expect her to understand what he could not or would not say in words before looking away as she continued.

The uncomfortable grin Evelyn had noticed earlier was now an expressionless face. Mike wasn’t about to comfort his wife.

Mike looked towards the door again, desperately wanting to escape. “Why did I agree to this,” he asked himself. “What was I thinking?“

“I’m not sure if I’m allowed to say this, but it’s been a long, long time since Mike and I were happy together,” she continued.

Mike stood up and headed for the door.

“Hold on a moment, Mike, if you can,” the instructor asked before turning back to Barbara.

“So what would you like to get out of this weekend, Barbara?”

Barbara paused for a long few moments, staring at the floor.

“Thank you, Barbara,” the instructor responded with a warmth that felt like the entire group embraced her through his voice.

“How about you, Mike? Can you introduce yourself?”

Without a word, Mike stepped through the door and disappeared.

AJ was out of the room in a flash.

Will Mike return? Can he and Barbara save their marriage? Will they? Will the weekend bring Kathy and Evelyn closer or lead them to part? Can Ashley and AJ keep their fairy tale romance alive?

To learn what happened earlier for participants in this Miami, Florida marriage and relationship skills training retreat, see: