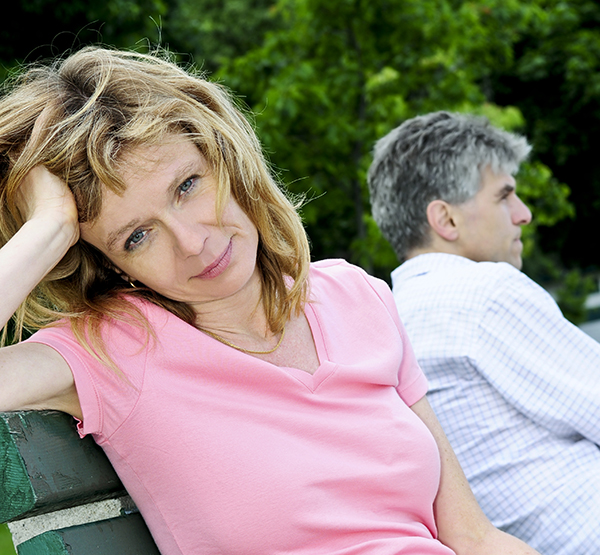 For the first hour in the workshop, their eyes never met.

Entering the small hotel conference room within a few inches of each other, the gulf between the couple betrayed canyons of anger, hostility and despair as they dragged themselves like two people who’d had their knees broken to a last chance weekend for a miserable marriage from which both seemed eager to flee.

Yet they were there, in the room, together.

Moments earlier, her eruption as Mike searched for parking came close to ending even this last chance leap of faith before it ever began.

“We better have two rooms,” she mumbled quietly at first as he rounded the ramp from P2 to P3.

“Do we have two rooms?” she said more as a demand a few seconds later.

More silence from Mike as he hurried their leased black Kia Optima towards what he thought were backup lights and the chance for a decent parking space close to the lobby elevator. Barbara likely knew Mike had avoided both the free valet and more distant open parking spaces to be sure he’d leave the car where he could make a quick get away if and when the need arose.

“Two rooms!” Barbara belched into the windshield, unwilling to even look at her husband of 15 years as he waited for the shiny red Volkswagen Beetle to back out of the spot he was determined to claim.

As he turned off the ignition, he looked at Barbara for the first time since they left their home an hour earlier. She stared straight into the filthy wall of the parking garage as Mike responded to the side of her face. For a moment, he remembered another time long ago they’d pulled into a similar space in a parking lot not far away from where they were now. That night, they hadn’t hesitated for a moment to enjoy a few minutes of passion before meeting friends for dinner. “Where is that woman?” Mike wondered to himself.

Pushing away the memory, Mike responded in the flat, feelingless voice he’d adopted years ago for conversations with his one time best friend and mother of their three children.

“I’ve got a room. If you want your own room, go get one,” he suggested.

They took seats near the back row and turned away from each other as they scribbled their private answers on the small stack of paperwork they’d been handed at the door.

Barbara paused to take in the questions on the first page for several minutes before circling her answers.

“They’ve got to be kidding,” she nearly said aloud as she studied the short list and instruction to circle a number reflecting how she’d grade the potential strengths of their relationship.

Wondering if Mike would peak over to see her responses, she boldly circled zero for emotionality, intellectuality, sensuality and sexuality.

Then she remembered how surprised she’d been a few weeks earlier when she came home from the hospital where she worked distraught by a late afternoon meeting with a suicidal client. Mike had just listened as she vented her frustrations, fear and sadness. Even more of a surprise, he’d given her a hug. She scratched out the zero and circled two. Still far enough from the top score of four to make it clear she knew they had problems confiding, but not the zero she’d first circled.

Intellectuality. It had been a long time since she could remember having any kind of conversation that mattered with Mike, although she also knew it hadn’t always been that way. During the year of dating and first several years of marriage, they could talk about anything. “What happened?” she wondered.

She changed her zero to a one.

Sensuality. That was a large part of what drew her to Mike in the first place. When they were apart, she’d spend hours staring at his picture, his tall, strong stature, imagining his touch, smell and the hunger she felt when they were together. “That’s over,” she thought, leaving the zero intact.

Sexuality. She hadn’t had sex with Mike for more than a year. It had been his 40th birthday and she thought maybe, just maybe, things could get better. Moments later she regretted it. He wasn’t gentle or patient, almost violent she felt, and seemed completely disconnected from being a pleasure to her. It was hurried and over almost as quickly as it began. Barb silently promised herself that would be the last time: zero.

Shared interests. They had a lot of those. They both loved family hikes, the beach, long bike rides, plenty of friends they enjoyed, taking care of the dream home they’d built ten years earlier. She couldn’t bare to give it a four, but a three seemed reasonable.

What’s been built together. Three kids they adored. A beautiful home. A nursing career that, more often than not, she enjoyed. Mike’s consulting practice which brought a decent income, but not without a price — a price she blamed for destroying their marriage. Another three.

Mike watched the door as the room filled with all kinds of couples. Youngsters who didn’t look much older than their 14-year-old daughter. “What could be their problem?” he wondered.

Two women who looked older than he and Barb. “A couple? Siblings? Friends?” Mike didn’t know and wasn’t sure he cared.

He didn’t care much who arrived in the room as long as it wasn’t anyone he or Barbara recognized. Not even their closest friends and relatives realized how empty and pained their marriage had become. Sure, the kids knew it wasn’t much fun being around mom and dad, at least not when they were together. But outside the home, they’d become really good at playing the happy couple role.

Their first and likely last relationship skills workshop was about to begin. Mike counted 14 other couples and a few singles in the room.

As the course instructor asked the group to turn off their cell phones, Mike and Barbara quickly glanced down for a last message check before their first break that wouldn’t be for another 90 minutes.

“I love you, Mom and Dad,” Brittany had texted them both.

Their last chance weekend was about to begin.

Should Mike and Barbara save their marriage? Will they?