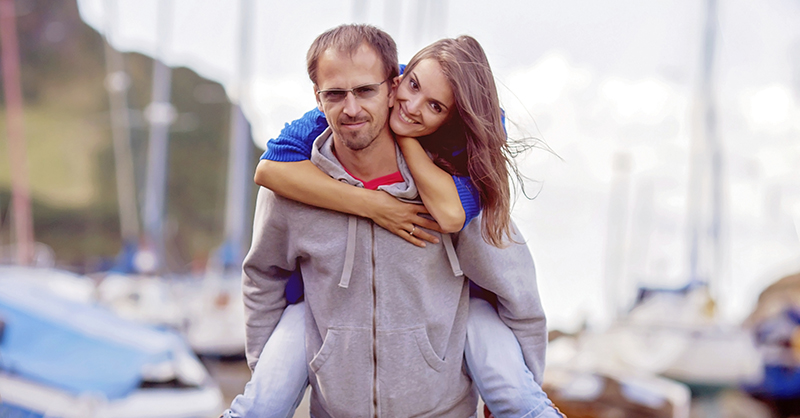 “You still got your mom’s big trunk,” AJ whispered, pausing long enough at his girlfriend’s cheek to take in the aroma that made him want to rush her back upstairs.

“Why you asking about that,” Ashley wanted to know.
“Cause if you ever give me the kind of icy looks I see that woman in the back giving her man, I want you to just lock me inside and ship me FedEx,” AJ replied without the slightest sense of sarcasm.

Ashley turned to catch a glimpse of Barb and Mike several rows back. “See what you mean, AJ,” she said. “But I told you already, you ever leave me, I’m coming with you.”

Ashley and AJ reached the meeting room just as the weekend relationship skills class was getting started. They casually slid into the only seats left, right up front.

They’d checked in the previous afternoon. It was their first hotel stay in the eight months since AJ had finally asked out the girl he’d had his eyes on for an entire semester of their evening programming class at the Miami Lakes Educational Center.

“Welcome,” the instructor said with a warm smile and bellowing voice that made AJ want to hit the nearest exit.

Sensing his discomfort, Ashley took AJ’s hand in hers and held it tight against his lap. “Sit tight, AJ. I told you I’d make it worth your while,” she said just loud enough for him to hear.

After the instructor introduced himself and went through the weekend schedule, he said words AJ definitely didn’t want to hear. “Now let’s meet each other,” he invited in words that didn’t sound like anyone had much of a choice.

“We’ll go around and you can say your name, where you’re from, your branch of service, something we might not suspect about you, and what you’d like to get out of the weekend,” the teacher explained as the same bulleted list raced neatly across the PowerPoint screen a few feet in front of their seats just before a big smiley face appeared.

“Sit tight,” Ashley said again, locking her hand even more firmly against his to let him know they weren’t going anywhere.

Ashley’s available hand shot up the moment the instructor asked, “Who wants to start?”

She let go of AJ to stand and face the group.

“I’m Ashley, and I’m from right here in Miami,” she began, pushing her long, brown hair away from her face. “I didn’t serve in the military, but my boyfriend AJ did. Something you might not suspect about me is that I’m a computer geek. Except for spending time with AJ, it’s not easy getting me away from a computer. What I want to get out of this weekend is knowing we have what it takes to live out our fairy tale,” she said in a soft, sweet voice that had everyone else listening from the edge of their seats.

“Thank you, Ashley,” the instructor said. “Glad you’re here. How about you, AJ?”

“Damn,” AJ thought as Ashley reached down to pull him towards her until they were standing together facing the group. “How am I going to answer that last question without getting into trouble,” he wondered as his mind rehearsed options while his legs began to weaken.

“Ahh, hey, I’m Austin,” he began slowly. “Friends call me ‘AJ.’ Actually, pretty much everyone calls me that. I’m from North Carolina but have been here for about a year. I finished up at Camp LeJeune after four years in the Marines. Now I’m in school to learn programming. Actually, that’s how we met. Something you might not suspect about me, that’s a tough one,” he said looking to Ashley for help that wasn’t coming.

“Well, I’m the oldest of eight kids,” he said after a long pause. “I guess you wouldn’t have suspected that,” he muttered as he turned and sat down.

“Why is Ashley still standing,” he wondered. She seemed to tower over him, looking down without a hint of a smile. “Tell them, AJ. Tell them what you want to get out of this weekend,” she said.

AJ slowly stood up again, his hand clasped within Ashley’s, realizing he’d stopped rehearsing answers when he started introducing himself.

“What I’d like to get out of this weekend,” he began. “What I’d like,” he said again. “Well, to be perfectly honest, this is the first time we’ve been able to stay in a hotel together and that’s really cool. I want more time with her this weekend and, well, ahh, well, you know, I ahh, I ahh … I also want to know we have what it takes to keep our fairy tale going cause she’s the best thing that’s ever happened to me and I want it, I want us, to last forever.”

Ashley lips turned into the big smile that made AJ melt. She put her arms around him, whispered, “I love you,” and planted a wet kiss on his lips as the group clapped.

As AJ sat down, Mike stole a glance at the door, wanting to see if it was covered. Then he looked down at the cell phone he’d silenced but not turned off. Brittany’s message was still there, “I love you, Mom and Dad.”

Can Ashley and Austin keep their fairy tale romance alive? Should Barb and Mike save their marriage? Will they?