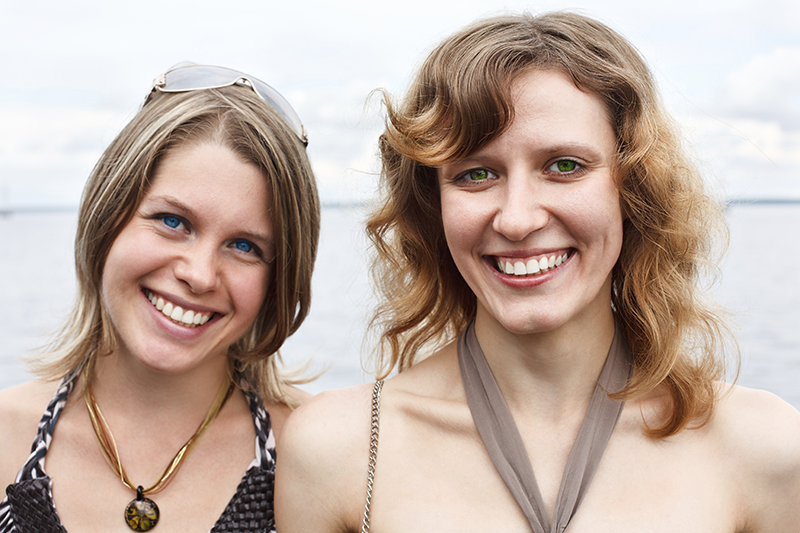 “He’s checking us out,” Kathy said.

Evelyn smiled, not surprised that bringing her wife to the weekend marriage retreat would raise some eyebrows.

Evelyn turned towards Mike, met his eyes, and delivered a friendly wink with the beautiful blue eyes Kathy had fallen for when they first met.

Mike responded with what Evelyn saw as more of a blink than a wink.

His lips frozen in an uncomfortable grin, Mike shuffled his chair further from Barb. He looked around the room at everyone but his wife.

“His wife looks so sad,” Kathy said under her breath. “Hard to imagine they’ll last the weekend.”

The women held hands as Ashley and AJ introduced themselves.

“What a cute couple. She’s so out there and he’s so nervous,” Kathy said, noticing AJ’s foot shaking as he struggled to keep his composure.

A woman behind them was trying to find the phone ringing a meow tune from somewhere deep in her purse, briefly lightening the room and giving AJ pause to figure out what he was going to say.

Evelyn and Kathy married six months earlier during the first week same-sex couples could legally get hitched after a Florida judge ruled the state’s gay-marriage ban was unconstitutional. They’d been a couple for ten years, rarely imagining a marriage certificate would be possible or actually make much of a difference to their lives.

They never thought it could potentially ruin a relationship they cherished.

The women first became friends in Rhode Island when they were both in the U.S. Navy’s Women’s Officer School. Evelyn had enlisted right out of high school. Kathy, six years her senior, had surprised her entire family when she announced at Thanksgiving dinner she was leaving her teaching career to join the navy.

Kathy had felt like a mentor to Evelyn and had done her best to protect her from the hardships women faced in the navy during those years.

Their intimate relationship began one sweltering August weekend when they ran into each other while cooling off over iced coffees at a Provincetown cafe two hours from their training command.

By the end of the weekend, the women were no longer just friends, a secret they closely guarded for almost five years, including two when they were stationed a world apart before managing to both get assigned to Defense Intelligence Agency posts just outside of Washington, D.C.

After leaving the military, Evelyn and Kathy became increasingly comfortable as a couple. They were close to each others’ families, had created an active social life in south Florida, provided short-term care for special needs children, and worked together to build a successful nonprofit that helped hundreds of area teens aging out of foster care.

Twice Evelyn and Kathy had seriously considered adopting. Each time, they decided neither was ready for the sacrifices it would take to be the parents they’d want for a child.

They hadn’t expected anything to change in their relationship after they married. But something had changed.

It was Evelyn’s idea to register for the relationship skills seminar. Although hesitant to spend 2-1/2 days with a group of military veterans — a community they’d actively avoided for several years — Kathy agreed to come along.

Although she hadn’t said it, Kathy’s hesitation was about more than just spending the weekend in a class with former sailors, soldiers and marines. She was terrified talking about the problems in their relationship would make things worse.

She couldn’t imagine life without Evelyn.

Will the weekend bring Kathy and Evelyn closer or lead them to part? Can Ashley and AJ keep their fairy tale romance alive? Should Barb and Mike save their marriage? Will they?