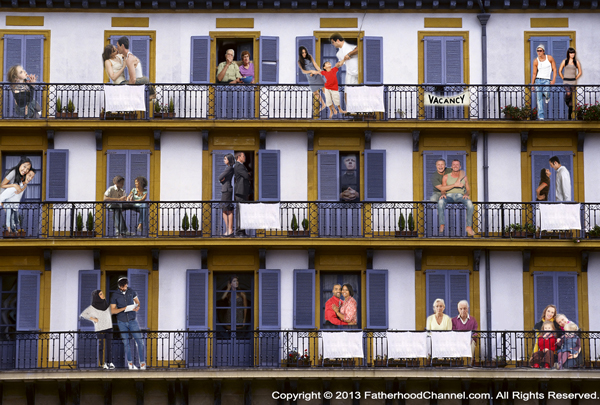 Across the country, good people do their best to make good on vows honorably exchanged the moment they promised, “I do.” And throughout every community, good people find themselves struggling to succeed in a worthy endeavor for which they are often ill prepared.

Until the last century, marriage was not an endeavor, but an institution. For better or worse, that institution provided the foundation for American society to go about its business of being productive and raising new generations that would be even better able to enjoy opportunities for life, liberty and the pursuit of happiness.

There was a problem with that model that became increasingly recognized over the past century and led to changes that have multi-generational health, financial, societal and cultural implications.

The problem was that it was almost exclusively men who had the opportunity to enjoy life, liberty and the pursuit of happiness, and rarely women. CNN’s Jake Tapper might ask, “Is that good or bad?” The answer very much depends who and where you ask the question.

Sure, women could choose to be happy with their lot in life, revel in the joys of motherhood (for those able to have children), caring for home, husbands and family, and surrendering to their commitment of “for better or worse” regardless of how much pain, sadness, loneliness, betrayal or abuse that meant enduring.

For generations – for the far, far majority of women – that was their only real choice.

Perhaps that was on the mind of the men of the Liberty Party in 1848 when they made giving women the right to vote a central plank in their presidential campaign.

While the Liberty Party disappeared from the political landscape soon after, the fight for women’s equality did not. Seventy-two years later, the Party’s early promise to women was realized when 50 out of 99 members of Tennessee’s House of Representatives voted “yes” to become the 36th State to ratify the 19th Amendment and make it the law of the land.

19th Amendment to the U.S. Constitution

“The right of citizens of the United States to vote shall not be denied or abridged by the United States or by any State on account of sex. Congress shall have power to enforce this article by appropriate legislation.”

With the Amendment’s ratification, traditional gender roles in marriage and families began to evolve. As Virginia Satir wrote in 1984:

“As we moved into the 20th century, we arrived with a very clearly prescribed way that males and females in marriage were to behave with one another … The pattern of the relationship between husband and wife was that of the dominant male and submissive female … A new era has since dawned … the climate of relationships had changed, and women were no longer willing to be submissive … The end of the dominant/submissive model in relationships was in sight. However, there was very little that had developed to replace the old pattern; couples floundered … Retrospectively, one could have expected that there would be a lot of chaos and a lot of fall-out. The change from the dominant/submissive model to one of equality is a monumental shift.”

The marriage endeavor – call it an enterprise if you like – is today much more about two people meeting each other’s needs for love and intimacy than the institution’s traditional role of “providing security, stability and raising children.”

It’s not surprising that this shift also led to more same-sex couples demanding equal marital rights and recognition. For the most part, they – like their heterosexual peers – are not looking at marriage as the institution generally accepted and embraced by earlier generations.

Generations born in the last half century are more likely to succeed or fail in marriage based on their ability to support shared goals and values, sustain friendship, trust, emotional support, and remain a pleasure in relationships between equals.

Where were people expected to learn the skills to sustain love and intimacy? Not just for a weekend, semester, summer or few years, but over a lifetime that comes with natural challenges, passages and transitions?

Consider what Jordan Weissmann wrote about a recent divorce study in The Atlantic:

“Younger marriages are more likely to end in divorce, no matter how long you spend at school. Among marriages beginning between 15 and 22, nearly 60 percent ended in divorce (including nearly 50 percent among college-educated couples). ‘People who marry later are more likely than younger couples to stay married,’ the researchers found.”

Having worked with thousands of individuals and couples of all ages, stages of life and relationship, I have seen firsthand why so many marriages fail and others succeed.

A marriage based on love and intimacy requires knowing yourself, including the values, dreams and aspirations most important to your life. Making a decision to marry without knowing yourself and how your values and beliefs fit with the other person’s gives marital success the odds of a coin flip, at best. That’s why it’s good news that many couples are marrying later in life, when they know themselves better and can decide to share their lives with someone who has similar values, beliefs and ambitions.

A marriage based on love and intimacy requires being able to effectively communicate in good times and bad. That means both being able to clearly and accurately express yourself (including under stress) and listening to your spouse with empathy, without which it will eventually feel unsafe for others to be vulnerable and confide – both of which are vital to sustaining intimacy.

A marriage based on love and intimacy requires emotional understanding and maturity. That means knowing enough about your own emotions that you don’t get “emotionally hijacked” or expect others to make up for painful or even traumatic experiences from your past. It also means understanding emotions in others so that instead of getting reactive when a spouse is sad, upset, angry or frustrated, you can first seek to understand, acknowledge and comfort.

A marriage based on love and intimacy requires being able to constructively, and often creatively, problem-solve in ways where the relationship wins. When it comes to love, being right has little value. Finding solutions to differences and conflict that naturally arise in close relationships that leave both people feeling respected, valued, understood, and gives long-term aspirations the best chance of coming true, has enormous value.

Sustaining a marriage based on love and intimacy takes skill, particularly skills for effective communication, emotional expression, and conflict resolution.

Although skills won’t change a situation in which two people have very different values, goals and aspirations for their lives, for those who do, evidence-based skills training can be the difference between accepting the multi-generational consequences of marriage and family breakdown or discovering greater depths of love, intimacy and acceptance.

Most people do the best they can based on what they know. This trial and error approach to marriage in the 21st century, however, comes at a high price, often paid by children as much, if not more, than their parents. And not just at the moment, but through the duration of their lives and typically their own children’s lives as well.

Incompetence can be overcome. While money gives many couples reason and resources to delay the day of reckoning, that’s not necessarily a gift.

America’s marriage problem will not be solved quickly.

For adults, deciding to value marriage and each other enough to invest in learning skills that can make a difference is the starting line. Sustaining those skills under stress and embracing marriage as the people-growing experience it’s meant to be is the journey itself.

As a society, recognizing the evolution that’s occurred and meaningfully incorporating skills training that develops emotional literacy into the national educational curriculum will help young people succeed where their parents (and teachers) often have not.

No matter how much we study, dissect and analyze marriage and divorce in America, our generation will be judged much more by what we do than what we say.