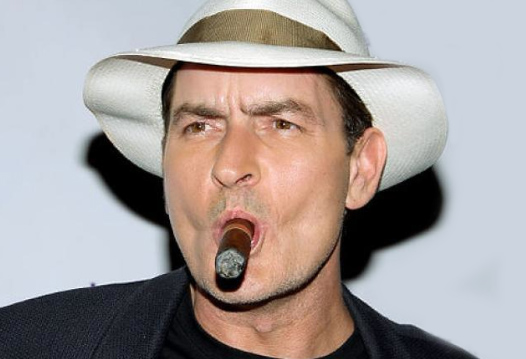 “Maybe I needed my Charlie Sheen to get through the times when life and emotions felt hopeless and out-of-control. But that was long in the past. I could thank that part of me for helping me get through some tough moments, but also accept that Charlie does me more harm than good and I don’t need him anymore.”

I can’t say I wasn’t warned.

But I was also intrigued by the invitation to dive into a journey of self-exploration and discovery like none I’d ever experienced, thanks to an interactive personal growth App created by PAIRS Foundation based on a concept developed by Virginia Satir. Satir was a genius when it comes to understanding the joys, challenges and complexities of life and relationships.

Despite my interest and enthusiasm, that didn’t mean I enjoyed finding Charlie Sheen living inside me.

When I saw him there – rather here – I wasn’t immediately all that sure which Charlie Sheen I’d found.

Hopes it would be the Charlie Sheen of Platoon, Wall Street, Major League or maybe even Spin City were quickly dashed.

It wasn’t Chris Taylor, the character Charlie played in Oliver Stone’s Platoon who’d dropped out of high school to head off to Vietnam as a combat soldier with Bravo Company. It also wasn’t Charlie as Deputy Mayor Charlie Crawford from the “Rain on My Charades” episode of Spin City; the one where he realizes he’s ready for a committed relationship. It wasn’t even Bud Fox, the desperate to get to the top stockbroker Charlie played in Wall Street who finally finds his conscious only after betraying everything for nothing. And it wasn’t former reverend Tom Logan, the character Charlie played in Scary Movie 3 who finds the courage to send his friends to the cellar before bravely heading outside to fight off extraterrestrials.

The one born Carlos Irwin Estévez who remains more infamous than famous not for his roles in 13 television shows and 77 big screen performances – including quite a few box office hits – but his very real life alcohol and drug abuse, marital problems, domestic violence, unpredictable tirades, and temper tantrums.

Charlie wasn’t the only character living inside me. It was a relief to find Jon Cryer in his role as Alan Harper from Two and a Half Men within me as well. Turns out “Alan” helps keep my Charlie in check, focus on the important things in life, such as taking care of the kids and figuring out how to squeeze the most out of my rather meager resources.

I found a Lindsay Lohan part inside too. That part of me more often encouraged the worst of Charlie instead of the best of Alan.

I discovered passionate Viola there too, a part that seemed to be in almost non-stop dialogue with my Charlie Sheen, encouraging him to accept life and fate on its own terms, much as she did when played by Gwyneth Paltrow in John Madden’s Oscar studded Shakespeare in Love.

By the time I’d identified ten different “parts of me,” I was both exhausted and exhilarated.

As the experience settled, I began to feel liberated too.

I realized that even though I’d developed many different “parts” connected to my moods, social roles, traits, attitudes and talents, I could indeed be the director of my own life.

Maybe I needed my Charlie Sheen to get through the times when life and emotions felt hopeless and out-of-control. But that was long in the past. I could thank that part of me for helping me get through some tough moments, but also accept that Charlie does me more harm than good and I don’t need him anymore.

I enjoyed becoming better acquainted with my Viola part, suspecting I’d enjoy more of the passion she brings to my life tempered with a rational sense of acceptance and the ability to feel profound love and connection.

Knowing how well my Viola part does with the Romeo of someone I share many of my days and nearly all of my nights with was quite a revelation. So many of the painful episodes we’d faced together could have been avoided if I’d realized Viola was needed and Charlie wasn’t.

I found other parts too. Although the exercise encouraged me to name just ten, I suspect I could have easily doubled that with a little more time to look at, understand, discover, and take charge of the cast of characters that, ultimately, are me.

Two weeks since doing the exercise, I feel more in control of my life than ever. When I notice tension in my relationships with loved ones, I realize I can summon the part of me that is most likely to help and not hurt, escalate or exacerbate. I also realized that it’s not the people I love who can be the problem when we go through difficult periods, but the “parts” of them that are coming out. I can love someone’s Sandra Bullock, Patch Adams, or Tom Hanks parts without having to pretend I enjoy their own Charlie Sheen, which I now realize I so dislike seeing in others because of how much it reminds me of a part of me that doesn’t fit for my life anymore.

If this all sounds like psychoanalysis, that’s fitting because I found the experience of getting to know and accept all of my parts therapeutic and healing. The only difference was that I was my own detective, analyst, and tour guide through the complexities and miracle of me. That’s something my Sigmund Freud and Sherlock Holmes parts are rather enjoying.

To try this exercise and learn more about your own inner cast of characters, check out PAIRS Apps.

Carson Abrir, a freelance writer, is a regular contributor to FatherhoodChannel.com.