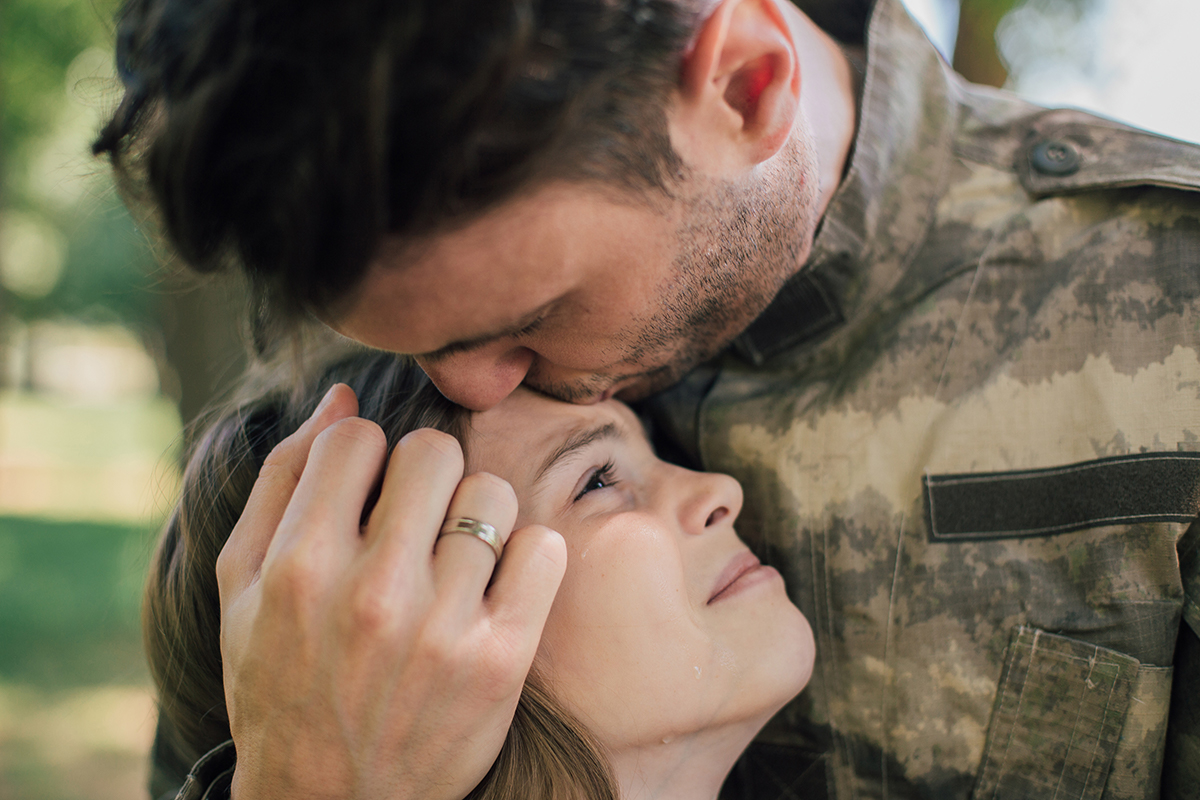 Many veteran and military families struggle to get help that could save lives. Your voice can make a difference.

Thanksgiving is a time to be especially vigilant about the hidden expectations we’re carrying around and making sure they don’t creep up in ways that keep us from closeness with those who need us the most. It’s also a time that we especially consider our military families and the Soldiers, Sailors, Marines, Coast Guardsmen, Air Force, National Guard and Reserve members who are today far from their loved ones.

The quotation above represent one of the most common “love knots” experienced by veteran and military families. Love knots are hidden expectations that often sabotage our closest relationships.

Having served thousands of homeless veterans and trained hundreds of VA and DoD chaplains on the frontlines of service to America’s veteran and military families over the past decade, I’m painfully aware of the consequences marriage and family breakdown has on those who defend our freedoms. Much of that breakdown emerges from the kinds of hidden expectations and assumptions represented by this love knot and dozens that are similar. [For a full list, visit purposebuiltfamilies.com/loveknots.]

Relationship breakdown is the most common precedent shared by veterans who spiral into homeless. VA’s recent 2020 Annual Report on Suicide reported similar findings about former service members who take their lives by suicide:

Knowing that preventing relationship breakdown is key to disrupting tragedies such as suicide and homelessness, we’d expect leadership to be taking every action necessary to safeguard those who protect the rest of us.

Unfortunately, despite enormous advances in technology, research, significant investments of public funds, and tens of thousands of senseless deaths, that expectation is often not the reality for veteran and military families.

The example I’m most familiar with is the U.S. Department of Veterans Affairs Warrior to Soul Mate initiative, which began as a grassroots effort spearheaded by a dedicated VA Chaplain, Ed Waldrop, at the Charlie Norwood VA Medical Center in Augusta, Georgia in 2009. After seeing Chaplain Waldrop interview the couple in the video below, other VA professionals committed to the highest level of care were inspired to expand Warrior to Soul Mate nationwide.

Despite VA’s investment of millions of dollars to purchase licensing for the Warrior to Soul Mate program and direct experience seeing its impact among diverse populations nationwide, the program remains stalled within a bureaucracy unable or unwilling to make cost-effective, proven help widely available to those veteran and military families who reach out urgently seeking assistance:

After VA’s experience with this kind of grassroots initiative that positively and measurably impacted thousands of veterans and their family members over a decade, in which VA invested millions of taxpayer dollars, I could not have imagined it would be stuck in a system that couldn’t overcome the types of challenges with virtual learning and tele-health that have become ubiquitous in other areas of public life.

At the same time, there are many cases in which those who serve our nation’s military and veteran families are nothing less than heroic. The tragedy is that when that doesn’t happen, the price is paid by veteran and military families themselves.

In a month in which we observe both Veterans Day and Thanksgiving, it’s particularly difficult to accept that leadership responsible for protecting our nation’s military and veteran families aren’t doing everything possible to uphold those obligations.

It’s equally difficult to see grassroots VA professionals across the country, among the most dedicated people I can imagine caring for our nation’s Veterans, struggling for the most basic support needed to deliver care to veteran and military families.

For those fortunate to have active-duty service members or veterans in our lives, and those who are particularly concerned with the well-being of our military and veteran families at this time of Thanksgiving, that means it’s up to each of us.

Urging those responsible for care to act with an urgency consistent with our sacred trust to all who have “borne the battle and their loved ones” can make a difference.

Remembering that even when a loved one is in pain and we can’t fix it, that we can still be a loving witness to their lives will make a difference too.