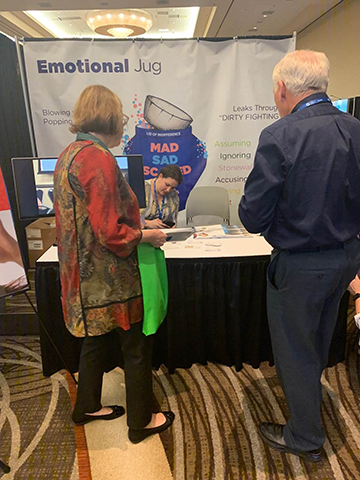 The connection is showing up in data analysis powered by the program’s technology infrastructure originally donated to the veteran service group by Salesforce Foundation.

Purpose Built Families Foundation’s analysis of five years of Salesforce data reveals changing trends in veteran homelessness and relationships. For the fiscal year that ended September 30, 2019, just four out of every 100 homeless veterans were married or in a committed relationship, a 69 percent decline since 2015, reported Chief Information Officer Jaymee Kent.

Pew’s marriage report reveals “U.S. adults are delaying marriage – or forgoing it altogether.” The Veterans study finds “for many U.S. veterans who served in combat, their experiences strengthened them personally but also made the transition to civilian life difficult.”

In 2015, 24 percent of veterans qualifying for emergency assistance to prevent imminent homelessness reported being married or in a committed relationship,” Kent said. That percentage decreased annually, reaching a low of 15 percent in 2019, she reported.

Thirteen percent of literally homeless veterans reported being married or in a committed relationship in 2015 versus four percent in 2019, Kent added.

“In 14 years serving post-9/11 Veterans as a VA Chaplain, I frequently saw the consequences of heroic servicemen and women who were unable to reconnect with self and others through their transition from active duty to civilian life,” Dr. Clyde Angel said at the recent Planetree International Conference in Orlando. Dr. Angel is Executive Vice President of Purpose Built Families Foundation.

“Beyond military service, the loss of close relationships is the most consistent shared experience — at home, work, often everywhere.” Torner told global leaders in patient-centered care.

“Homelessness, suicide, addictions — at the root, they are about losing our sense of connectedness and belonging,” Purpose Built Families Foundation CEO Seth Eisenberg said. “Urgently treating the symptoms is a matter of life and death, but the future depends on investing better and smarter in prevention,” he stressed.

New York Times columnist Nicholas Kristof is calling for a “war on loneliness.”

“It touches almost every one of us at some point,” Baroness Barran, the current [British] minister for loneliness, told me. “It can lead to very serious health consequences for the individual and leads to erosion of our society, where people become isolated and disconnected.”

“Emotional openness and physical closeness, including skills that promote vulnerability, confiding, listening with empathy, proactive problem solving, and understanding feelings provide a path to healing,” Dr. Angel said as he spoke of preventative efforts to help “veterans learn practical, usable skills to express emotions and feelings to family and friends that were difficult due to the symptoms of emotional numbing.” Dr. Angel cited the Warrior to Soul Mate program as an example of VA’s commitment to patient-centered care that focuses on whole health, involves veterans and significant others, and builds vital relationship enhancing skills. More than 1,000 VA chaplains and behavioral health professionals have been trained to facilitate Warrior to Soul Mate. Last year, VA purchased licensing rights to expand the program to every VA medical center nationwide.

The Purpose Built Families report analyzed Salesforce data from 1,443 very low-income veterans who were homeless or facing homelessness and qualified for assistance from the agency’s nationally-accredited Operation Sacred Trust program. Operation Sacred Trust is a public-private partnership significantly funded by U.S. Department of Veterans Affairs Supportive Services for Veteran Families program. The nonprofit distributed more than $4.2 million to prevent and end homelessness for thousands of South Florida veterans over the past five years.

At weekly orientations for homeless and at-risk veterans in Broward and Miami-Dade counties, Torner said facilitators introduce educational skills for relieving painful emotions, such as the “Emptying the Emotional Jug” exercise.

Within minutes, he shared, veterans begin forming strong bonds with each other, confiding, deepening empathy, experiencing vulnerability with another person. “We’ve repeatedly seen those connections last long beyond their program participation,” he added.

“They say, ‘In the military, if you were supposed to have feelings, they would have been issued,'” Eisenberg said. “Maybe that’s necessary on the battlefield, but what about in the bedroom, playroom, as parents, lovers, partners, and everyplace else life leads,” he asked rhetorically.

While there’s no greater urgency than helping a homeless veteran move into safe, stable, sustainable housing where they can reconnect with community, Dr. Angel, Torner, and Eisenberg agreed that lasting success is built on resilient relationships — with neighbors, employers, co-workers, family, and friends.

“The tragic irony,” Eisenberg said, “is that most of what leads to breakdowns is people doing what they were told — don’t complain, don’t be afraid or confused, don’t rock the boat, don’t be vulnerable … all these lessons that may have helped people survive other periods in their lives, but can do the exact opposite under different circumstances.”

Eisenberg hopes the studies will influence local and national strategies.