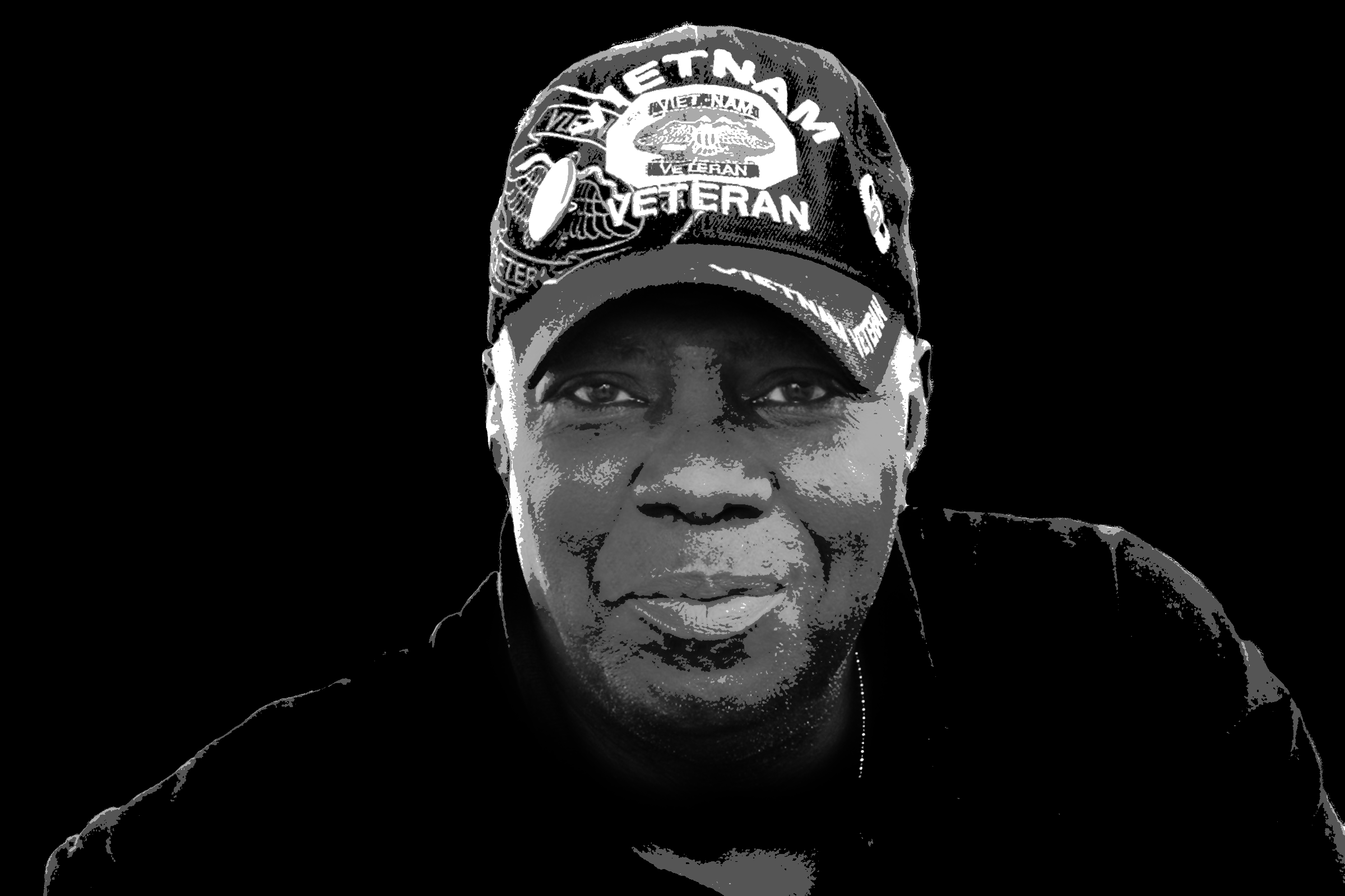 “I think my mother would be very proud, and I wish she would be here to see all of this.”

After 20 years in the U.S. Army, former First Sgt. Eddie Miller was in and out of addiction, homeless on the streets of Miami. Another day, another year, those weren’t expectations Miller could take for granted when he arrived with nearly 50 other homeless veterans for the Operation Sacred Trust orientation in 2012. Miller was among the first welcomed into a new approach to combating homelessness that began within the alleyways, parks, and shelters of Miami-Dade County. With funding from the U.S. Department of Veterans Affairs, Sacred Trust wraps rapid rehousing, case management, legal, financial and emergency assistance with relationship skills training exercises and encouragement to rebuild long lost connections with family and friends.

Program Manager Seth Eisenberg worked personally with Miller in those early months. They explored inner vulnerabilities, core strengths, and lost dreams in search of better ways to pick yourself up when you fall down. Eisenberg made sure Miller knew how to empty his emotional jug when he felt down, follow the five steps of the “Daily Temperature Reading” to stay connected, dissect problems and solutions using “Talking Tips,” and fight fairly for the relationships he wanted to preserve and protect.

Seven years later and a thousand miles away, Miller lives in a beautiful home of his own. Clean and sober, he’s a college graduate and patriarch of a thriving family. He and Eisenberg continue to stay in touch over Facebook. Over that same period, Veteran homelessness in Miami-Dade County dropped by 60 percent.

“Rapid rehousing is a critical beginning to ending homelessness,” Eisenberg said. “That investment is much more likely to disrupt homelessness long-term when you include evidence-based skills training to help Veterans create and sustain resilient connections with friends, family and social supports. For Eddie and many others, they discovered the real support they’d always needed and wanted was closer than they ever imagined.

“For Eddie and many others, they discovered the real support they’d always needed and wanted was closer than they ever imagined.”

In 20 Questions, Eddie Miller shares his journey back to his spiritual and familial home.

Where did you grow up?

I grew up on the south side of Chicago.

What’s one of your earliest childhood memories?

In December 1963, when I was eight years old, I moved from the west side of Chicago into a house on the south side that my parents built. I felt safer; we were living in the suburbs now. We had a garage, a yard, I went to a better school. I was happy there. There was no violence at the time I lived there, but there is violence there now.

What’s an important lesson your mom taught you?

My mother taught me to respect elders, to be honest, and to study. My mother was born in Georgia during the Great Depression, in the year 1930. She didn’t get to finish school because she lived on a farm and helped my grandparents with it.

What’s an important lesson your father taught you?

My father is still teaching me a lot, he is 95 now. He taught me to be a man, to be responsible, and he taught me how to raise my own kids. I was a momma’s boy though, as the youngest of five children, I was kind of spoiled.

What’s an important lesson that neither mom or dad taught you that you had to learn from life?

How to deal with life. How to not let things get me down, and to never give up. There are some things you can only learn from experience.

What led you to the military?

I was drafted into a gang when I was a teenager, I never committed any crimes or went to jail, I just joined in order to get to school safely. When I graduated high school, I wanted to get away from the gangs, so I joined the military. No one else in my family was ever in the military before.

How old were you?

I graduated from high school at 16, and joined the military at 17. I had to beg my mother to sign the papers.

How long did you serve?

I served for 20 years. When Vietnam was over, I was out for three months, but I was mistreated, I felt more comfortable being in the Army, no one judged me there. I kept getting promoted within the military, so I kept reenlisting.

What was your rank when you were discharged?

I was a First Sergeant. I was in charge of a lot of soldiers, the third in command under the Captain and Lieutenant. What made me retire was getting sent to Desert Storm. After Vietnam and Desert Storm, that was enough, and my wife also thought it was time to go home. I wanted to relax after being in the military for that long.

How long after your discharge was it before you first experienced homelessness and where was that?

I became homeless in Chicago, three or four years after I retired. I did end up going back to work for a while after retirement, my children were grown at that point.

When you look back at that period of your life now, what do you think led you to becoming homeless?

My wife passed away in a tragic accident in 2011 and that’s when things went downhill. My wife was my rock, we were married for 32 years. She worked at a nursing home and someone mixed bleach with ammonia together, which is a toxic combination. Her lung tissue was scarred, her lungs gave out and she contracted pneumonia and went on life support. The hardest thing I ever had to do in life was taking her off of life support as that were her end of life orders. She was 54 years old, and was a true mother and wife who loved the holidays, especially Christmas and Thanksgiving. I had 5 adult children, and the loss of their mother was hard for them and for me too, I felt lost. I was a mess.

I gave up, stopped paying bills, and fell into a deep depression. I was already diagnosed with PTSD and bipolar disorder before my wife passed away. I lived with it most of my life and didn’t know what it was. Drugs were what I turned to in order to cope. I was introduced to crack by a high school friend on the bus who said it would make my struggles go away. Of course, it just made things worse. I was actively addicted for six years.

How long did that last?

I moved to Miami for the weather and was in and out of homelessness both there and in Chicago for a few years.

How did it end?

It ended with Seth coming in to my life. I began volunteering with Operation Sacred Trust. Seth had me on CNN with Wolf Blitzer, had articles done in the newspaper about me. My work there gave me purpose again.

I ended up going to school at Miami Dade College (MDC). I got my AS in Addiction Studies, and then got my AA in Psychology. I was 62 when I got my first degree, and 63 when I got my second degree. I made the Dean’s List, and graduated with honors, after not being in school for 40 years. God gave me a purpose by guiding me back to school. I wanted to help others through working as an addiction’s counselor at the VA.

If there could be a gift in terms of lessons learned about yourself, others or life generally from your personal experience(s) with homelessness, what would that be?

You won’t get any help unless you ask for help. Many people I’ve met don’t want anyone telling them what to do. I asked for help because I was tired of my situation, I was tired of being tired.

When I was in my fifth semester of school, I was unable to register because of a transcript issue. Seth told me about a lawyer on retainer from University of Miami that was free for Veterans. The transcript issue was resolved and I was able to get back to school. I didn’t give up through that process and asked for help.

For most men it is hard to ask for help. It’s a pride thing, we would rather get lost than ask for directions. After getting lost so many times, I turned it over to God and asked for directions, I was tired of being lost. I would still be on the street if I didn’t ask for help.

What does family mean to you today?

Family means everything to me. I am grateful that my family still loves me, and has always been there for me no matter what I’ve been through.

I moved to Memphis because I had no family in Miami and it has been lovely. My mother was my rock, my wife was my rock, and now my daughter in Memphis is my rock.

What are the family relationships that mean the most to you?

My kids. My dad. All of my family is important to me. I have five children and five grandchildren.

What helped you create or recreate those relationships?

My daughter told me she needed me here. I saw my family, but I always needed to get on a plane. Now my daughter is 15 minutes from where I live and I get to see my grandkids often.

I changed and they saw the change before I even saw the change. I got understanding by going through school. I learned more coping mechanisms and tools by learning what others go through with addiction. Oddly enough, my drug dealer went to the same school as me, she walked across the stage with me when we graduated, and we even had a few classes together. It felt like a sign, like I was supposed to be here.

If I asked a younger family member in your life about an important lesson he or she learned from you, what would you want that person to tell me?

Be there for your family, be a stand up, upright person. My grandson has a remarkable work ethic. He is in ROTC, is an honors student, is in the school band, works two jobs, and is on the baseball team. I’d like to think I contributed to that.

I’m happy with where I’m at. I’ve got a beautiful place, I’m loving it. I’m 64, and these are some of the best years of my life. I think my mother would be very proud, and I wish she would be here to see all of this.

Eddie Miller was interviewed for FatherhoodChannel.com by Jessica Loeb, a graduate student in Marriage and Family Therapy at St. Thomas University and a Senior Program Specialist for Purpose Built Families Foundation in Pembroke Pines, Florida.