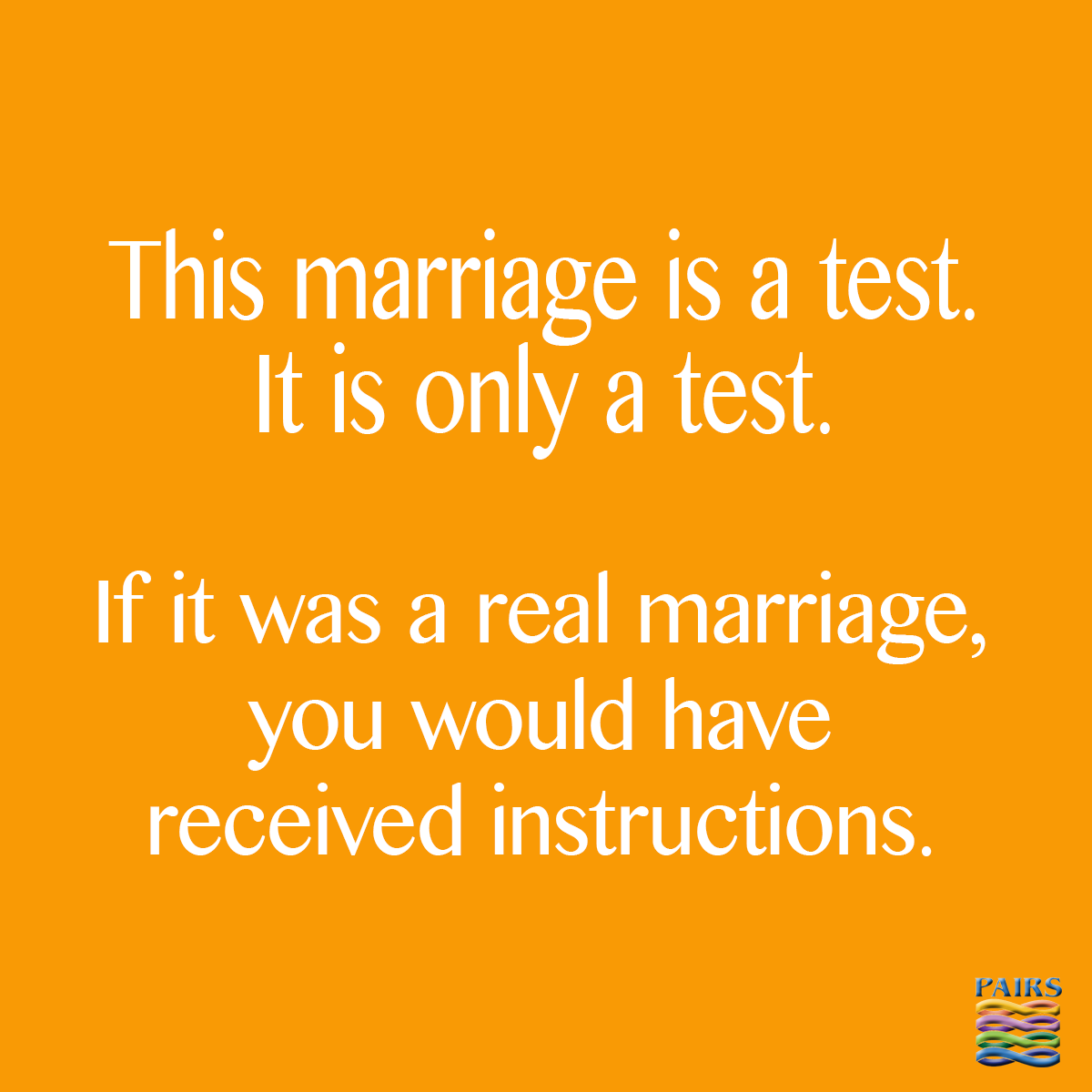 “From nearly two decades experience working with couples in marriage and relationship education classes, including many experiencing significant distress, along with extensive multi-year research, I estimate ‘unconscious incompetence’ is at fault for 75 percent of divorces.”

I admit this as someone proud to consider myself among the most passionate proponents of marriage. When TIME Magazine interviewed me a few years ago about marriage versus long term-relationships, I compared the two approaches to glue versus velcro.

And I know without any doubt I am not alone among many others in the field who became consciously uncoupled or, among the most prominent, consciously decided not to formally couple while leading national efforts to promote the benefits of lasting, loving marriages and evidence-based skills that help make that possible.

Michele Weiner-Davis, one of the people whose work I most respect in the field of marriage and relationship education, was among the first to question how “conscious uncoupling” could be anything other than an oxymoron.

“The developer of the program, ‘Conscious Uncoupling’ suggests that marriage should be about personal growth, and when that no longer happens, the couples’ work together is done,” Weiner-Davis wrote this week.

Her response: “Marriage isn’t about personal growth, although you will hopefully learn and grow while you’re in it.  It’s about a lot of things.  One of the primary things marriage is about is learning … how to have a loving, harmonious, lasting marriage.”

I agree with Weiner-Davis. But I also know that people often make decisions about joining their life with another before they know much at all about the values, dreams and aspirations that are most important to their lives. I know I did. And the difference between the marriage I experienced, with the best of intentions, with someone with whom I was not consciously coupled is very different from the marriage I have today.

In PAIRS Foundation’s work with tens of thousands of couples in all stages of life and relationship, our ethical standards specifically prohibit us from telling people to get married, stay married, separate or divorce. What we do say is that it’s important not to lose your marriage and family because of incompetence. From nearly two decades experience working with couples in marriage and relationship education classes, including many experiencing significant distress, along with extensive multi-year research, I estimate “unconscious incompetence” is at fault for 75 percent of divorces.

Decades ago, marriage and family therapist Lori Heyman Gordon, the founder of PAIRS (and my mother), developed an actual ceremony including family and friends to witness a couple’s conscious decision to uncouple. For those couples with children, the ceremony was a meaningful reminder of their ongoing, shared covenant to act on behalf of their children’s well-being. For the couple, friends and other family members, the process offered profound recognition of the transition in a family’s life that is too often only played out in courtrooms and law offices.

Gordon developed that process not because she was endorsing or encouraging divorce, but because she, like other pioneers in the field, recognized that the historic shift in the basis of marriage from “security, stability and raising children,” to meeting each other’s needs for “love and intimacy” was one for which many were ill-prepared and that the consequences of the adversarial approach to divorce needed to be addressed.

Personally and professionally, I know that marriage is a people-growing machine. I also know that more often than not, on the other side of crisis and despair, most couples find deeper levels of love, intimacy, acceptance, happiness and fulfillment.

I’m in favor of doing everything possible, such as the legislative efforts proposed by the Coalition for Divorce Reform, to help couples find out if that’s possible before they do or undo their I do’s. And as I shared on the Bill Maher show, I’m even more in favor of young people learning what it takes to sustain love and intimacy early in life so they don’t mistake fleeting feelings of pleasure as a foundation for pledging to love, honor and respect until death do us part.

Millions of people worldwide are today able to learn evidenced-based relationship skills online and, increasingly, in affordable, accessible classes offered throughout the world. It’s not difficult to learn what it takes to create and sustain intimacy that can carry us through life’s very natural transitions; skills that offer the best chance for our most cherished wishes, hopes and dreams to come true.

A wise lesson my stepfather shared long ago comes to mind. “Love is about helping another person make their own dreams come true; that’s very different from helping someone make our dreams for them come true.”

Seth Eisenberg is the author of LOOPS: The Secret Saboteurs of Intimacy and How to Get Rid of Them Forever, PAIRS Essentials, and President/CEO of the nonprofit PAIRS Foundation in Hollywood, Florida, a longtime industry leader in marriage, family and relationship education.