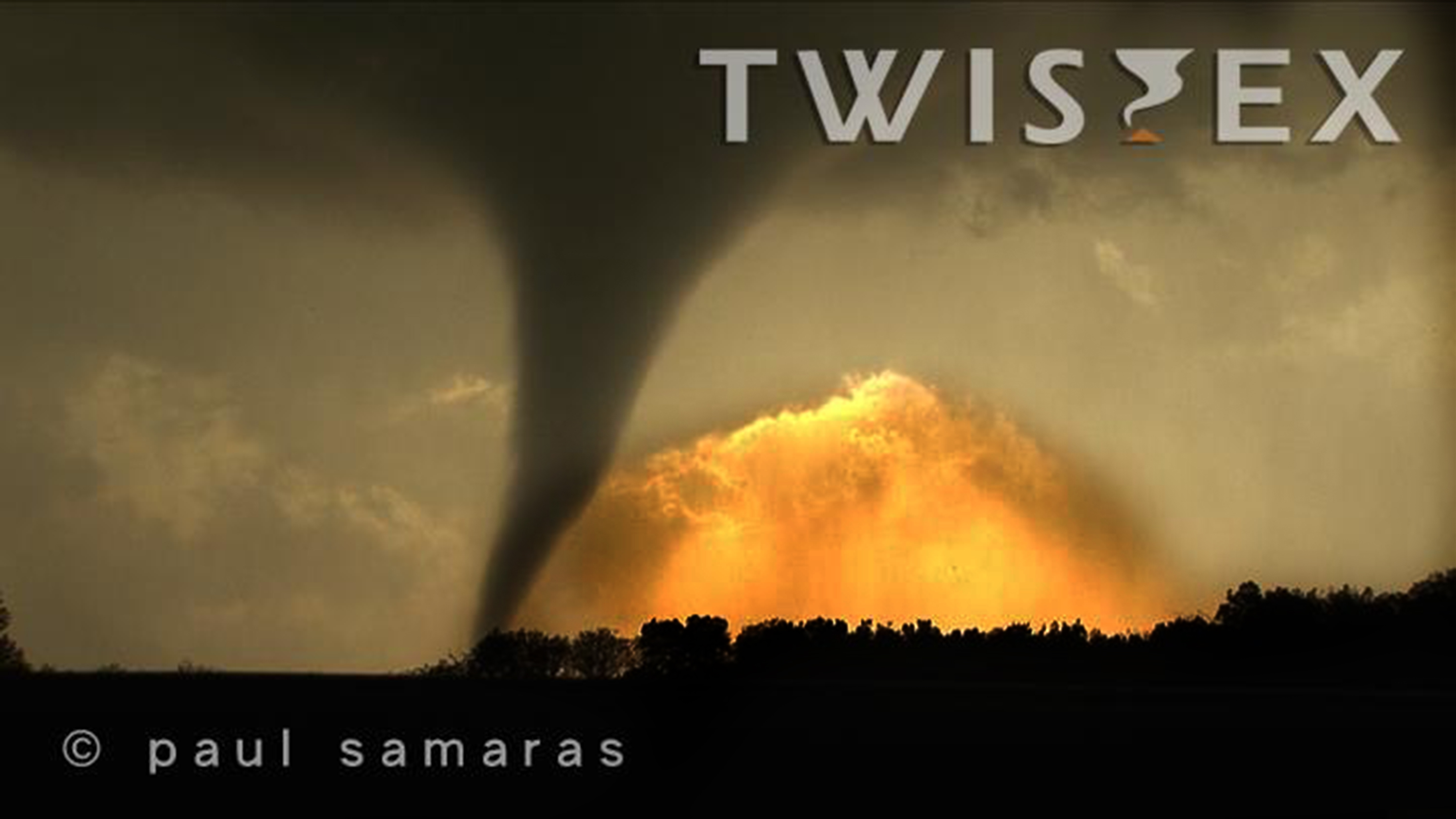 That was the last tweet from Tim Samaras, 55, broadcast shortly before he, his son Paul Samaras, 24, and their storm chase partner Carl Young, 45, were killed as they were overtaken by  a multiple-vortex tornado Friday.

“[Tim] Samaras was a respected tornado researcher and friend … who brought to the field a unique portfolio of expertise in engineering, science, writing and videography,” the Storm Prediction Center said in a statement over the weekend.

Tim’s fascination with tornadoes began at a young age, his brother Jim told the Denver Post.

Tim Samaras was a tornado scientist for over 25 years. He founded TWISTEX (Tactical Weather Instrumented Sampling in Tornadoes EXperiment), a scientific field research program. He also starred in the series Storm Chasers on the Discovery Channel.

A month before their death, son Paul Samaras reached out to friends on Facebook to ask: “Okay, so let’s say the possibility of doing a documentary on my dad with storm chasing is in the air. What have you always wondered about him, storm chasing or not?”

Paul began chasing storms with his father in April 2012. He captured many compelling images of the storms, including this one from his very first chase on April 15, 2012.

“I enjoy spreading knowledge from what I know. Helping people is just as enjoyable and important as learning yourself,” Paul shared on his Facebook page.

Tim Samaras was clearly a significant influence on his son’s life.

“For those who are starting out in their career–don’t be easily derailed … I’ve been there. Follow your dream and passion–go get it,” Tim Samaras posted last month.

Hours before he died, Tim appeared on MSNBC to talk about the storm he was chasing.

“Right now we are looking for a very special type of storm called a supercell. A supercell is a very violent storm, very capable of water channel and pretty destructive tornadoes …”

“At times, I have mixed feelings about chasing storms,” Tim Samaras told ABC News. “On one hand, they are incredibly beautiful. On the other hand, these powerful storms can create devastating damage that change people’s lives forever.”

Samaras, his son Paul, and Young were all killed while trying to document and research Friday’s storm. ABC reported, “Tim Samaras was found inside his car with his seat belt still on. Paul and Young were pulled from a car by a tornado. One of them was found dead a half mile away.”

“They put themselves in harm’s way so that they can educate the public about the destructive power of these storms,” Sheriff Chris West told the Associated Press.