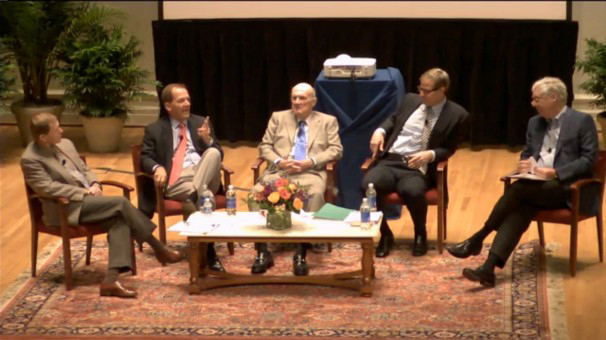 That’s what Paul Tudor Jones, the billionaire hedge fund investor, said at the University of Virginia recently moments before making comments that upset a lot of women. You may have caught his explanation about what happens to professional women the first time they nurse a newborn – more on that later – but his originally off-the-record warnings about the impact of divorce got much less attention.

“One of my number one rules as an investor is as soon as I find out a manager is going through divorce, redeem immediately. Because the emotional distraction that comes from divorce is so overwhelming that the idea you can think straight for 60 seconds and be able to make a rationale decision is impossible, particularly when there are kids involved. You can automatically subtract 10 to 20 percent from any manager if he is going through divorce,”Jones said.

What Jones didn’t say is that most divorces can be prevented. Research shows that many couples headed for lawyers and courts who instead paused to learn skills to get better at talking and listening to each other, understanding and expressing emotions, and solving problems became much happier.

For thirty years, the nonprofit PAIRS Foundation has been researching, developing classes, and training professionals to teach practical, usable skills that have helped thousands of people in all stages of relationships, including many who had already separated and were pursuing divorce. PAIRS has been featured in dozens of national newspapers, magazines and television shows as a highly effective, educational approach to strengthening marriages and families.

While many have paid thousands of dollars to participate in PAIRS, programs are today offered at minimal cost as a result of federal grant funding. After being selected as a Best Practice for helping strengthen the marriages of soldiers returning from Iraq and Afghanistan, the U.S. Department of Veterans Affairs provided funding to train hundreds of VA chaplains and other professionals to lead programs throughout the country.

But you don’t have to be a Veteran to benefit from PAIRS. Confidential, private and group one-day, weekend and multi-week classes are offered to the general public.

Before you go through the financial and emotional turmoil of separation or divorce, it’s worth finding out firsthand how PAIRS skills training can make a difference for you.

So what did Paul Tudor Jones say, for which he later apologized, that outraged so many women?

“As soon as that baby’s lips touch that girl’s bosom, forget it. Every single investment I did, every desire to understand what’s going to make this go up or down is going to be overwhelmed by the most beautiful experience which a man will never share, an emotive connection between that mother and that baby. I’ve just seen it happen over and over again.”