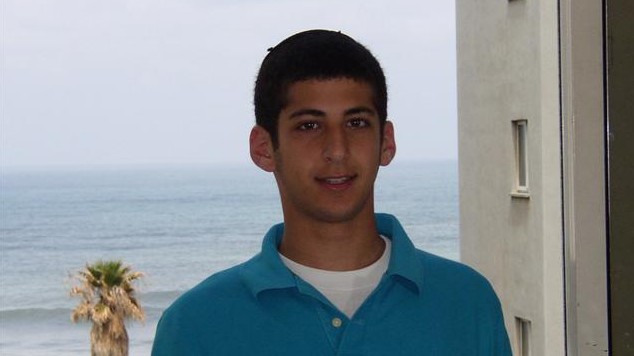 Daniel Wultz outside his family’s hotel room in Israel, hours before the terrorist attack that would claim his life.

I never met Daniel Wultz. Yet for the past six years, I’ve felt as if Daniel was my son.

Each time I’ve said, “I love you,” knowing from Daniel that we never know has been ever-present.

When we’ve celebrated milestones in their lives – birthdays, graduations, holidays and more – I’ve thought about the milestones Daniel’s parents, Tuly and Sheryl, will never again have the chance to celebrate with their son.

In the thousand pictures I’ve taken of my sons, I’ve wished so many times I could take just one of Daniel’s mother and father with their son.

Daniel’s life was tragically, barbarically, horrifically cut short by a suicide bomber at a restaurant in Tel Aviv during a family visit to Israel.

Many have said since that the person who killed Daniel died with him.

Yesterday, precisely on the sixth anniversary of Daniel’s death, a Judge in Washington, D.C. said otherwise.

“The Wultz family resolved to fight injustice with whatever tools were at their disposal, and their patient determination over the last six years is a credit to both themselves and to the memory of their beloved Daniel,” the Honorable Royce C. Lamberth wrote in a final opinion for the United States District Court for the District of Columbia in the case of Sheryl Wultz et al vs. the Islamic Republic of Iran et al.

Along with Judge Lamberth’s heartfelt words came a judgment of $332 million in compensatory and punitive damages against Iran and Syria for their complicity in Daniel’s murder.

“When a state chooses to use terror as a policy tool – as Iran and Syria continue to do – that state forfeits its sovereign immunity and deserves unadorned condemnation,” the chief judge wrote in his Memorandum and Opinion.

More than a half century earlier, Albert Einstein spoke words that capture the essence of the Court’s final judgment:

While no amount of compensation will ever return beloved Daniel Wultz to his parents, sister and brother, the decision is a reminder that we are indeed witnesses to each other’s lives.

May the Court’s witness to Daniel’s life and death through this landmark decision help protect the lives of other children the world over from the brutality of those whose ability to do evil depends on the silence of others.

And may it remind each of us to hold our children closer, love them with even greater passion, and work together for a world that is safer, saner and more loving for us all.

Court Ruling Against Syria and Islamic Republic of Iran