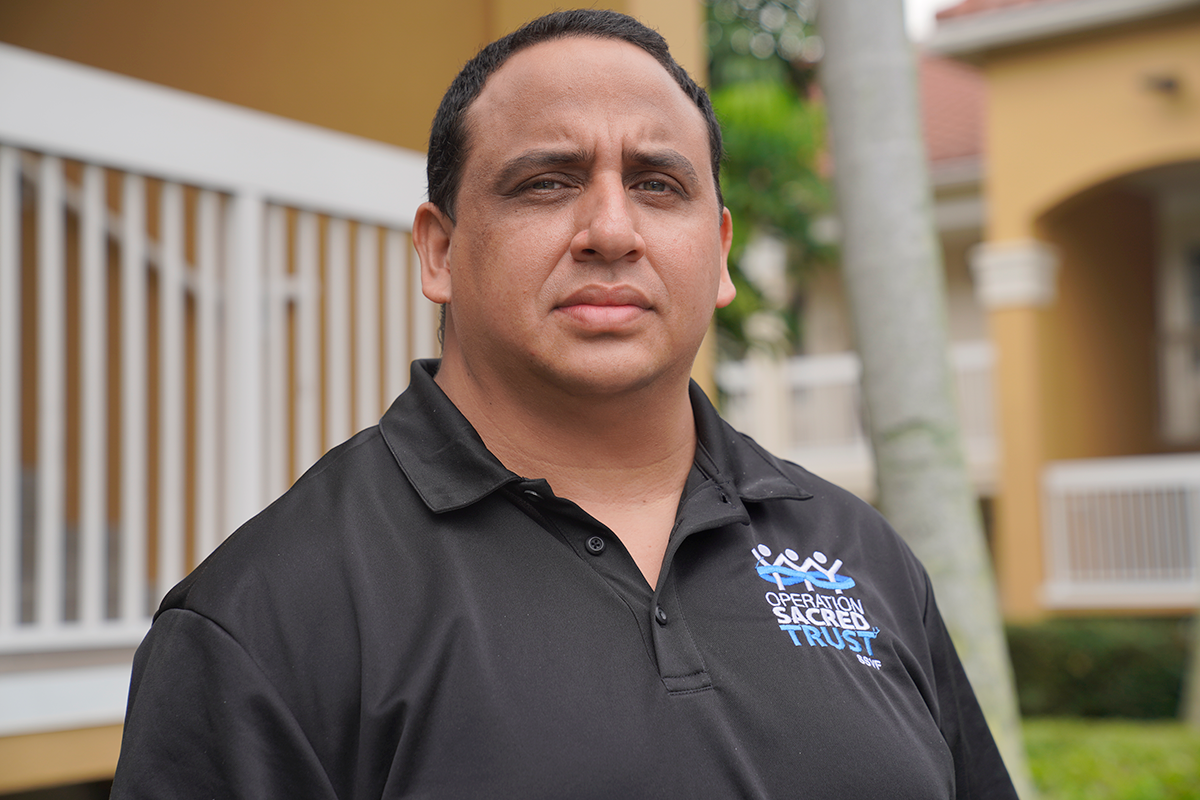 After tours in Iraq and Afghanistan, a Marine comes home to fight for the lives of fellow Veterans without a safe place to call home. More than twice as many Veterans are facing homelessness this year.

“I wanted to fight and be part of something bigger than myself,” Daniel Ayuso said of his decision to enlist in the Marine Corps two years after 9/11. Ayuso’s military service included the most difficult deployments a Marine could face: Fallujah and Ramadi in Iraq’s Anbar Province, the 22nd Marine Expeditionary Unit, and Helmand Province in Afghanistan. Today, Ayuso is fighting to save the lives of fellow Veterans who have no place to call home.

After eight years in the infantry, continuing to fight wasn’t Ayuso’s initial plan when he returned home.

“Ultimately, I wanted to start a family and open a business,” he said.

Seeing the needs of homeless Veterans in his community changed Ayuso’s plans. He surrendered his dreams for a business to an urgent calling he couldn’t ignore.

“I will always continue to help people that are in need,” he said.

Operation Sacred Trust is an initiative of the nationally-accredited Purpose Built Families Foundation, a nonprofit headquartered in Pembroke Pines, Florida. With funding from a U.S. Department of Veterans Affairs Supportive Services for Veteran Families grant, OST was established as a collaboration with Carrfour Supportive Housing in 2011 to end Veteran homelessness in Miami-Dade and Broward counties. Carrfour is Florida’s largest nonprofit developer of low-income housing and has provided permanent housing to more than 200 formerly homeless Veteran families.

These days, said agency director Seth Eisenberg, 2018 feels like a long time ago.

As a Veteran Engagement Specialist, Ayuso is often the first contact with a homeless Veteran.

“I made contact with a Veteran that was living behind a shopping center and enrolled him into Operation Sacred Trust,” Ayuso recalled about a recent experience.

“Just the simple fact that he was able to speak to me and I assured him that we will assist him with all our resources made a world of difference to him. It gave him a second wind to keep marching forward.”

Ayuso said that experience is not uncommon.

“I have seen this on a daily basis with my colleagues and the Veterans they assist,” Ayuso said. “It’s an extraordinary feeling knowing that we as a team are making a difference in our community.”

Despite COVID-19, Eisenberg said the agency has more than doubled its workforce this year to 40 full-time team members.

“We’ve found many advantages to the operating changes necessitated by the pandemic,” Eisenberg said. “Our technology platform and unstoppable team of professionals allowed us to transition instantly without any service delays. We recruited and hired rapidly to increase our responsiveness and expand operations to seven days a week at five area locations while following rigorous safety protocols.”

“The Veterans we serve deserve to know their sacrifices for all of us will be honored no matter when they call,” Eisenberg said. “Knowing that homeless Veterans are at an elevated risk for suicide,” he added, “we can never tell them we can’t answer their call for help today, no matter what we have to overcome to do that.”

While Ayuso and many of the other Veterans continuing to serve are praised as heroes for saving the lives of their fellow Veterans, Ayuso said the mission he’s embraced is not entirely selfless.

“I’m a firm believer that if you do good, good will come back to you,” he said.