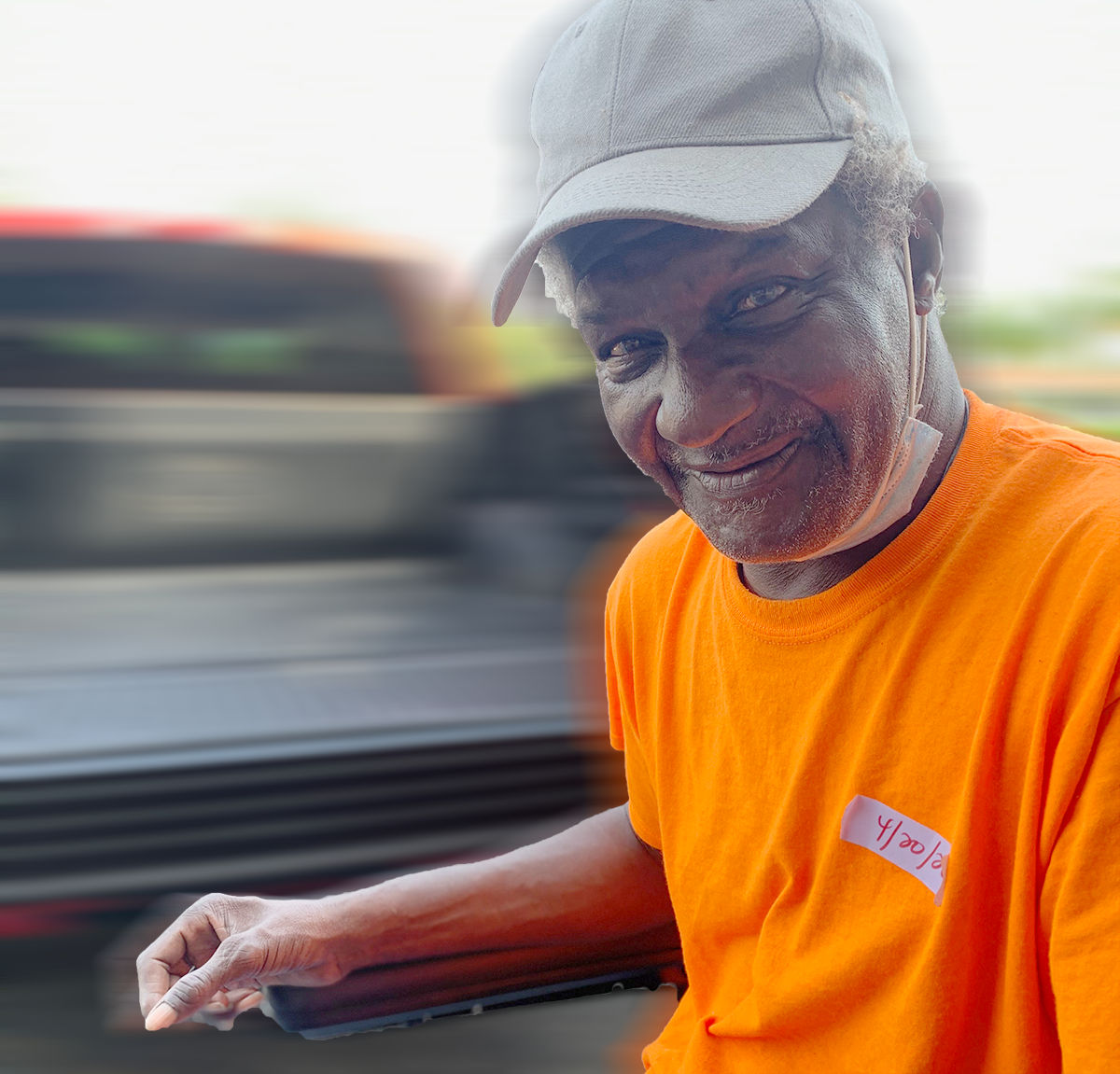 As the nation locked down, TC was alone with his broken wheelchair on the streets of Miami, wondering if his luck had run out.

From birth, his name was a prayer for God’s protection.

In 1973, that benediction would be especially important as 21-year-old Theodius Stanley, a proud son of Georgia, swore his oath as a United States Marine and soon found himself on the frontlines of what was then America’s longest war.

Despite a 1973 peace agreement, the young Marine from the small town of Dublin knew the reality of violence that raged on against an often-invisible enemy in jungles far from the familiar lands of the Oconee River.

Stanley’s tour of duty ended a year after the last American troops came home in 1975. No longer in uniform, Stanley returned to civilian life in a traumatized America where those who served with dignity and valor were often ostracized and despised.

By the turn of the century, Stanley had joined legions of fellow veterans struggling on the edge of life.

Often with nothing but the plea within his name as protection, Stanley survived much of the next 20 years fighting homelessness in an urban Miami jungle that had replaced the broken promise of “life, liberty, and the pursuit of happiness.”

As a novel coronavirus swept into the roads and alleyways of South Florida, a place he’d long ago made his home, Stanley found himself facing a new enemy. The amputee routinely navigated through the sun-soaked pavement and littered dirt fields in his fractured wheelchair. He had no defense against this invisible assassin.

Stanley knew he was not alone. On March 18, he called the Miami VA, pleading for help.

It was a day workers were urged to remain at home to protect their lives; the White House and Congress were debating how to get a multi-trillion dollar stimulus into depleted bank accounts across every community.

Mary McVeigh-Camilo, a homeless assistance coordinator at the Miami U.S. Department of Veterans Affairs Medical Center, got the call. Her facility had shifted into emergency mode, redirecting nearly all to virtual and telehealth services, implementing “enhanced screening” for the limited traffic allowed urgent access to the hospital. Stanley’s call let McVeigh-Camilo know that a warrior needed help and that there was no chance he’d be able to connect virtually to life-sustaining VA supports. Finding him on the streets of Miami’s Overtown neighborhood could be a matter of life and death.

Overtown is less than two miles from the Miami VA. On that day, it felt a world apart.

A few “Towners” were on the streets when Flores arrived with Stanley’s description and pleaded for help locating the former Marine.

Within an hour of Stanley’s call to the Miami VA, he was seated in Serenity, his wheelchair and scant belongings loaded in back, sharing stories of bygone years with Flores, a fellow Marine.

A month later, Stanley remains safely housed at the Miami Shores hotel where Operation Sacred Trust checked him in that day. Team members stay in touch daily, making sure his necessities are taken care of, that his spirits are high.

“Every opportunity I get to speak with TC, he always starts our conversations with a brief laugh of excitement,” agency CEO Seth Eisenberg said. “He says he does this to let me know that he’s happy. It’s also a constant reminder of the mutual gratitude we share for each other and the opportunity we have to serve him.”

On Monday, OST Lead Care Manager Verenith Rosario, who works with Stanley daily, was able to to coordinate for an electric wheelchair to be issued to him from the VA Medical Center. In a truck contributed by GEICO, Flores and Torner ventured out in the midst of the pandemic to pick up the scooter from the local VA’s Emergency Department.

As his new ride was lowered to the ground, Stanley’s sense of gratitude lit up the hotel parking lot, touching each of those privileged to serve.

[This story was originally published on Medium.]