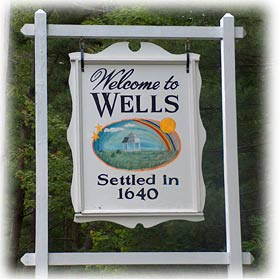 One hundred and fifty New Englanders are paying particularly careful attention to the trial of 29-year-old Alexis Wright who is charged with using her Pura Vida Zumba Studios on York and High streets as a front for a prostitution business that police say netted the fitness coach $150,000 over an 18-month period.

Alexis Wright appears to have taken the “friendliest town in Maine” motto of her nearby hometown of Wells to heart in her services to more than 150 men prosecutors say paid the fitness instructor for sex.

Kennebunk police have also charged Wright with secretly videotaping many of her encounters with men who ranged in age from 34 to 65.

Wright has pleaded not guilty to 106 counts of prostitution. In a surprising move that was first overturned by a local court and then upheld, police have begun publicly releasing names of Alexis Wright’s clients and issuing subpoenas for testimony.

Detectives became involved after the owner of the neighboring hair and nail salon reported “a lot of moaning and groaning” as streams of men paraded through the back door of Alexis Wright’s Pura Vida Zumba Studio at 8 York Street in Kennebunk.

Located on the southwest coast of Maine 90 miles north of Boston and 25 miles south of Portland, Kennebunk is known for its sandy beaches and proximity to the Bush Family’s vacation home in Kennebunkport. The area has just 15,000 residents and a median family income of around $60,000.

Small town USA is not typically where you’d imagine a young fitness instructor launching a lucrative sex trade that reportedly serviced some of the area’s most well-known residents.

What Were They Thinking?

A 2010 study of 700 men examined the reasons men seek out prostitutes.

“Men seek prostitutes for a variety of reasons. The most common reason named was to satisfy an immediate sexual urge or for pleasure (32%), followed by a need for variety (21%), not having their needs met in their current relationship (20%), convenience (15%), the thrill (8%), and an addiction or compulsion (3%),” Deborah Mitchell reported.

More than 50% of Kennebunk’s 4,300 households are married couples living together. It’s a safe bet that many of the Alexis Wright’s clients came from those households.

When you look at the reasons men seek out prostitutes, Eisenberg says, you realize that for most, they have the ability to get those needs met in their marriages.

“Couples at any stage of life can learn to reignite passion and intimacy,” Eisenberg says. “Communication, emotional understanding, and constructive conflict resolution skills go a long way to protecting marriages.”

Eisenberg says it’s important for couples to recognize that infidelity is often a symptom of issues they can successfully work through.

While the humiliation of having their names publicized among friends and neighbors in Kennebunk may be too much for some marriages to overcome, Eisenberg says that in a community where more than a third of households include minor children, couples should consider evidence-based relationship skills training before separation or divorce.

“For most couples, with good will and openness to learning, the other side of a crisis can be deeper experiences of love, intimacy, acceptance, and a commitment to creating and sustaining pleasure in their marriages,” he says.