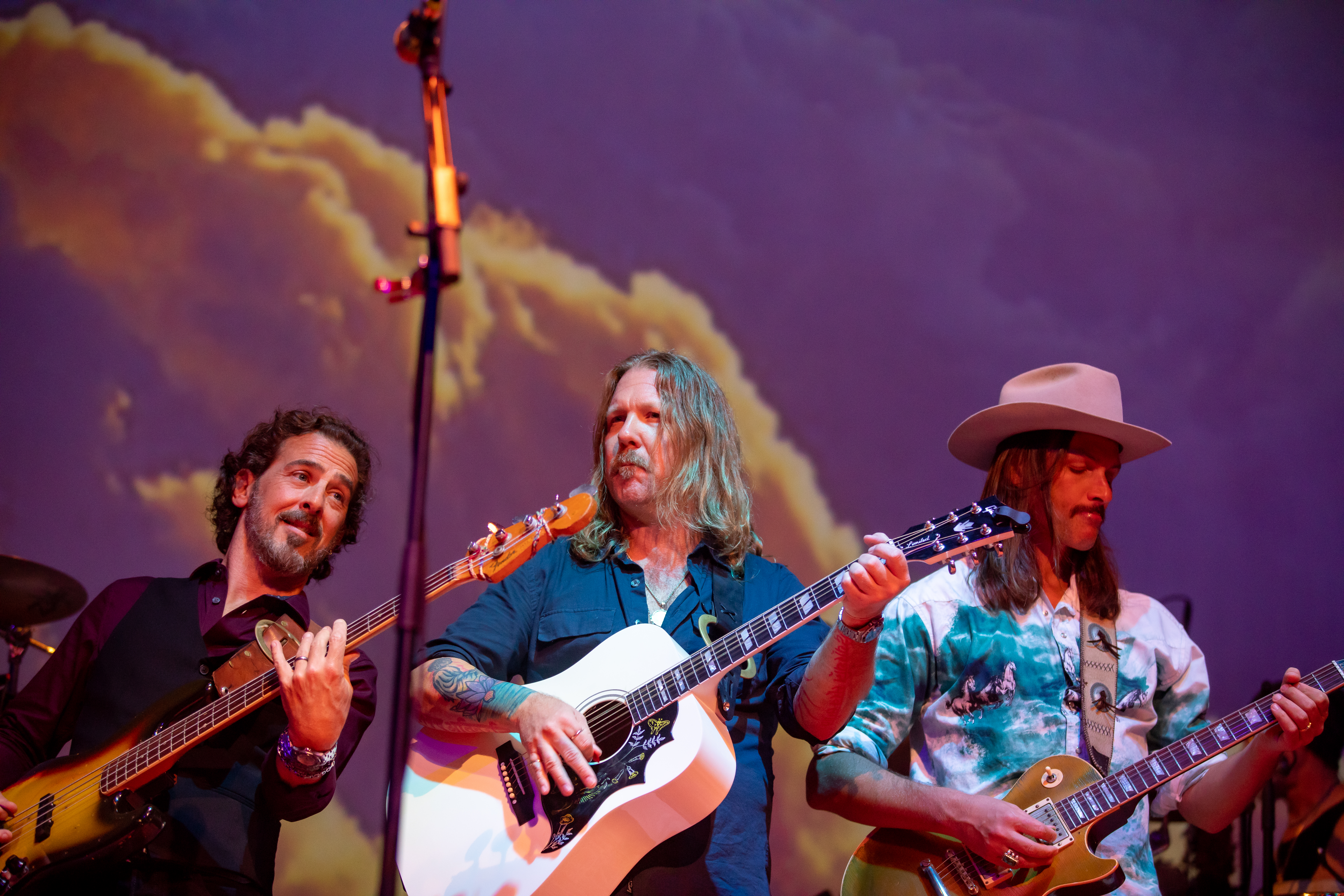 Last year, the sons of giants released their first album Down to the River and they’ve already built a wonderful fan base on the road. Mixing up their long set with new music, picks from their solo work and classic Allman Brothers tunes, the Allman Betts Band is remarkable.

Last year, the sons of giants released their first album Down to the River and they’ve already built a wonderful fan base on the road. Mixing up their long set with new music, picks from their solo work and classic Allman Brothers tunes, the Allman Betts Band is remarkable.

Devon Allman has a 20-year-old son, Orion. When I interviewed Devon about the Wanee Music Festival 2017, he discussed his role as a dad while on tour.

“I opted out of touring and making records for the first 5 years of his life to build a foundation with him. That was crucial to our bond. Now he knows his dad tours a couple weeks and then comes home a couple weeks. We maximize time together and never take it for granted. Balance is everything.”

The seven musicians are made up of four guitarists, two drummers and a keyboard player. Concertgoers are always excited to experience modern classics, including “Melissa,” Ramblin’ Man” and “Midnight Rider.” During “Blue Sky,” Devon joins Duane on chorus and all four guitarists jam in unison. Spectators can also expect timeless covers, including John Lee Hooker’s “Dimples,” as well as Prince’s “Purple Rain” with a Southern gospel feel. Just like the son of a king, Devon always delivers astonishing fingerwork.

“This is my dad’s acoustic guitar right here,” he said. “I thought it would mean so much more to bring it out and play it for everybody than for it to be behind glass in some museum… I finally flipped it open and it smelled like an AC/DC concert.”

Devon told the crowd that the Allman Betts Band tries to balance where they came from with their own material. He said that if they came out and performed no Allman Brothers whatsoever, it would be kind of lame. At the same time, if the band came out and did an entire set of just the Allman Brothers, it wouldn’t be very cool either. That’s why they always mix it up for their audiences.

“Being the son of my father, everyone expects “Whipping Post” right off the bat,” he told me in 2019. “Okay, I get it. But I am doing my own thing. So it’s tough. The name helps open doors, but you have to know what you’re doing. I’ve seen the door slam in a lot of people’s faces. So you can’t just rely on the name.”

Onstage, the boys are nothing short of spectacular. The Allman Betts Band certainly earns respect for themselves as talented musicians and performers, doing their fathers’ names proud. “While I’m proud of my family’s mark on rock history, I have my own story to write and my own work to do,” Devon Allman explained to me.

Derek Trucks is the child prodigy nephew of the Allman Brothers’ drummer Butch Trucks who began playing the late Duane Allman’s slide-guitar spot at age 20. He once told me that coming from rock royalty can be a double-edged sword.

“Being tied to the Allman Brothers’ name and legacy when I was a kid certainly helped get gigs,” Derek Trucks said. “But at some point, it becomes restrictive. Some people come out to a show expecting a certain thing. If it’s not what you are doing, there will always be some sort of disappointment. That’s why you always have to be clear in what it is you are doing and give people more than what they’re expecting. If you have an artistic vision and you’re into it, you go with it.”

The Allman Betts Band is currently on the road around the world with dozens of upcoming concerts through the summer of 2020. The talented ensemble will appear at Revolution Live in Fort Lauderdale on Saturday, April 25th to help celebrate this year’s Wanee festival.