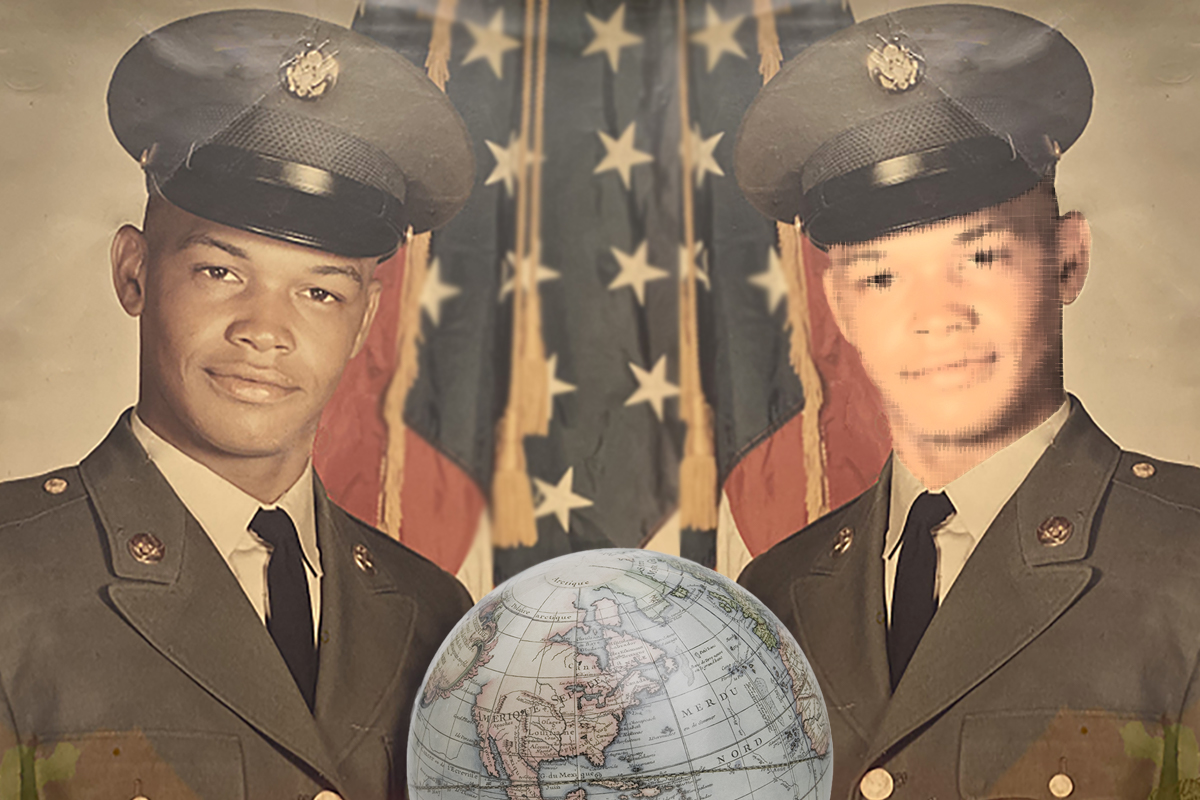 On Independence Day, America celebrates our freedom and honors those who have served and sacrificed to protect it. For this year’s Independence Day, Purpose Built Families Foundation’s Operation Sacred Trust SSVF team particularly honors the life of Wilburt Posey Thompson. The US Army veteran who served in Vietnam died in Fort Lauderdale last week. Mr. Thompson represents a generation of servicemen too often forgotten and long neglected: America’s Black Soldiers who served in Vietnam and later became incarcerated.

An adopted son of Goodwater, Alabama, a minuscule southern whistle stop of 1,500 people notorious for wreaking post-Civil War savagery on Black residents and even those passing through, Wilburt Posey Thompson courageously enlisted in the military at 19, spending nearly a year in Vietnam during some of the most horrific violence of the war.

By many accounts, the man who returned from Southeast Asia was a mere shadow of the teenage boy who’d left. Anger, addictions and the battle with both hijacked Thompson’s life. His era of returning servicemen and women earned no recognition for the trauma-fueled carnage that raged within many, nor had they come back to the embrace of a grateful nation.

Family, friends, poverty, homelessness and, ultimately, freedom was the currency in which he paid.

On August 6, 2020, Thompson stepped out of a Florida prison for a bus that would drop him near the Salvation Army in the downtown Fort Lauderdale vicinage he still remembered. On a Thursday afternoon, Thompson, then 72, was back in the neighborhood where he’d lost his liberty while a 100-year pandemic raged. Broke, broken, but never defeated, the Army veteran sheltered in the district where he’d last been free of shackles, guards and steel bars. Six days later, a local police officer, Shawn Keechle, came upon Thompson, recognized him as a veteran, and called Operation Sacred Trust, a U.S. Department of Veterans Affairs Supportive Services for Veteran Families (SSVF) program established in 2011 to end veteran homelessness.

A trifecta of busts for marijuana, cocaine, and felony intent to do harm without a firearm had gotten Thompson permanently tagged in Broward County as a career criminal, a dangerous threat to society, and subject to minimum sentencing of 15 years without parole. Declared indigent by the courts, Thompson was never able to afford more than a public defender. In his early years behind bars, he’d pleaded with the Court to reconsider his conviction and lengthy sentence. He’d begged for a different justice that was repeatedly denied until coming upon Officer Keechle that day.

The American Army veteran spent 5,475 nights in prison – 15 years and a day – before returning to a neighborhood he once called home.

Free at last, as a result of the VA-sponsored services to which Officer Keechle directed Thompson, the veteran would discover strangers that became his closest friends, dance the Chicago two step with a dazzling young woman, receive $10,000 he didn’t know was his, sign a lease on a dream apartment, reconnect with the beloved daughter he’d yearned to see once more, and leave a legacy of faith, humility, service, and honor to the family from whom he was long separated.

Thompson’s eleven months of freedom are more than the story of his personal journey. It’s also the story of a changing America — communities that embrace those who served as never before, and of an invincible spirit mightier than death itself.

This Independence Day, I hope you’ll join Operation Sacred Trust in honoring this brave, heroic veteran through the memories of those who served him these past 11 months and became his closest friends.

Wilburt Thompson was laid to rest in the presence of family and loving caregivers on Friday, July 23, 2021 at the South Florida National Cemetery. On behalf of a grateful nation, President Biden and the Army recognized Mr. Thompson for his service and sacrifices. Operation Sacred Trust Housing Specialist Janely Ramos performed, “I Surrender All”.

2 thoughts on “On Independence Day, Honoring Those Who Were Too Often Forgotten”