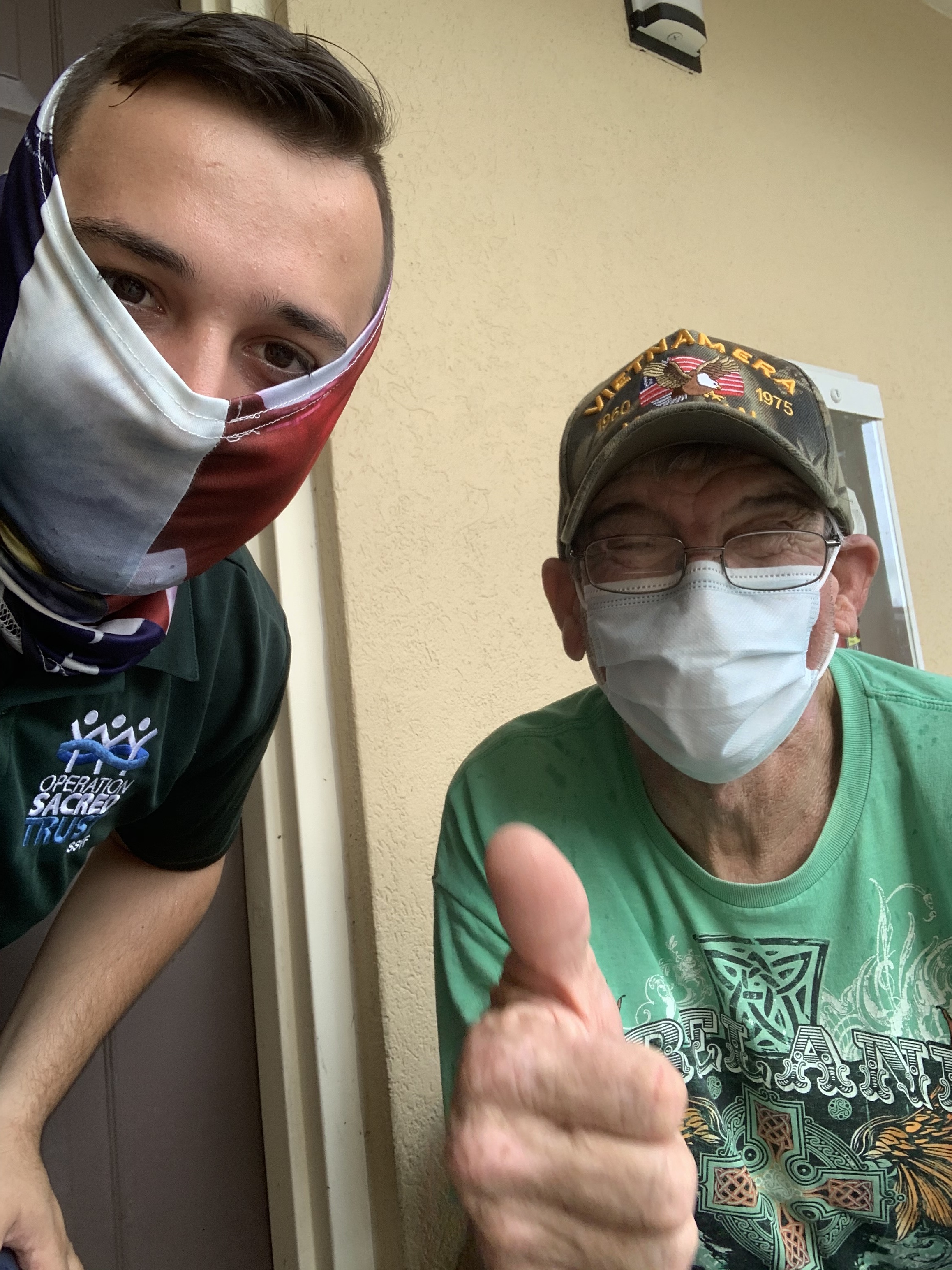 Low-income veterans are facing increased hardships, threatening South Florida with housing challenges that could impact the local landscape for years.

The nationally-accredited, nonprofit based in Pembroke Pines reported distributing $3.7 million in temporary financial assistance for veteran families in the Miami-Fort Lauderdale metropolitan area, 64 percent of which went to rental assistance and security deposits, according to consolidated data for Broward and Miami-Dade counties.

“We’re fighting day and night to keep veteran homelessness from leading to hundreds of our former servicemen and women from living on the streets in Broward and Miami-Dade counties,” Eisenberg said. “Since launching services in 2011, our community succeeded far beyond many other large cities. Those successes are threatened if we don’t rapidly address the increased hardships facing local veterans.”

“For more than two-thirds of veterans served by Operation Sacred Trust this year, the combination of COVID, job losses, increased daily living expenses, and lack of low-income, affordable housing pushed them into their first tragic experience of homelessness,” said Eisenberg.

“There’s an urgency to preventing more veterans from becoming homeless in our community and interrupting homelessness for those who already are. That’s a sacred trust we have with those who served, and the cost of not acting effectively will be exponentially greater,” Eisenberg said.

Homeless veterans are more likely to be high utilizers of costly emergency services, face incarceration, addictions, and grapple with other challenges that are far more expensive to the public than providing housing, studies have shows. Veterans experiencing homelessness are also at higher risks for suicide.

Eisenberg reported that more than 90 percent of veterans enrolled in prevention services were able to stay in their homes this year, while more than two thirds of those reaching out literally homeless were able to be placed in permanent housing. Keeping local veterans housed was largely due to support from Carrfour Supportive Housing, the state’s largest nonprofit housing developer, he said. Hundreds of extremely low-income veterans served by Operation Sacred Trust today live in Carrfour communities throughout Miami-Dade County.

Juan Flores, the local SSVF’s program’s Director of Engagement, said that despite help from Carrfour and others, there’s an extreme shortage of low-income, affordable housing for local veterans. Nearly 200 veterans remain housed by Operation Sacred Trust in local hotels while a team of care managers help them navigate challenges to receiving increased benefits, job training, employment, and permanent, affordable housing, Flores said. Vouchers issued by local housing authorities often in coordination with the Miami VA are the most important resource to keeping extremely low-income, disabled veterans from living on the streets, he said.

As a result of the novel coronavirus, Purpose Built Families Foundation spent $737,373 to provide emergency housing assistance this year, a more than 10-fold increase over prior years, Torner said.

“COVID left us with no choice,” Flores said of the agency’s decision to provide hundreds of emergency hotel rooms to keep veterans off the streets after coronavirus became widespread in the community.

The agency was fortunate to be able to access increased temporary federal assistance for local veterans through CARES funding expedited by VA as shelters and other emergency housing options either shutdown or posed health risks to veterans already facing complex health challenges, Torner added.

Nearly ninety percent of those served this year were single person households, Eisenberg reported. The majority were older than 55, he said.

“We’re already seeing evictions resume,” added Flores. “Without significant additional funding or contributions to keep hundreds of veterans in emergency hotels, many of these heroes may tragically have no safety net.”

Before Covid Hit, South Florida Was On Track to End Veteran Homelessness

Care Director Camille Eisenmann said it will take increased resources and the highest level of coordination between VA, SSVF providers such as Operation Sacred Trust, United Way’s Mission United partnerships, Miami’s Advocate Program, and local Continuums of Care for the community to have any hope of maintaining those hard fought gains.

“No one can solve this level of challenge alone,” Eisenmann said. “Our most vulnerable veteran families are counting on VA, our community, and everyone who cares about those who have served to do more than we’ve ever been asked to do,” Eisenmann said.

“The pandemic has forced us to show who we are as a community beyond anytime in recent memory,” Eisenberg said. “How we collectively care for those who have borne the battle and their loved ones will impact our community for years to come.”

To be eligible for SSVF services from Operation Sacred Trust, a Veteran must be very low-income, have served active duty, received a discharge other than dishonorable, and be homeless or facing imminent homelessness. For more information or to help, visit ostfl.com or call (855) SSVF-411 (855-778-3411).