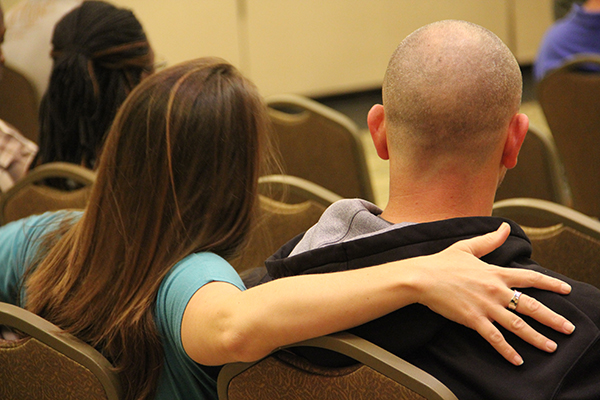 “The study’s findings are more evidence that our work is to help people develop competence in skills that are most effective to sustaining intimacy, while respecting that every person makes their own deeply personal decisions about whether to get married or stay married.”

A landmark national study of 9,363 low-income, married men and women in eight American cities found many of those who participated in roughly 30 hours of skills training classes were more likely to have boosts in relationship happiness and marital stability sustained 30 months later.

The Department of Health and Human Services funded Supporting Healthy Marriages study did not find any significant impact on the percentage of low-income couples who stayed married. While couples who received skills training from one of four leading evidence-based programs in five of the eight research sites were as or more likely married 30 months later, couples at three (Wichita, Pennsylvania and the Bronx) were more likely to have broken-up.

In seven of the eight research sites, couples who received skills training were less likely to report their marriages were in trouble. Similarly, men who received skills training in seven of the research sites – and women at every site – reported increased warmth and support. Participants at every site except the Bronx were less likely to consider their marriages at risk.

Seth Eisenberg, author of PAIRS Essentials and LOOPS: The Secret Saboteurs of Intimacy, said the findings should guide future decisions of marriage educators.

“Couples, and especially their children, have too much at stake when they participate in marriage and relationship education not to get the best help our field can offer,” Eisenberg said. “Combined with the BSF [Building Strong Families] findings, the MDRC evaluation gives us a deeper understanding of what works, what doesn’t, and the contribution relationship skills training does and doesn’t make.”

Eisenberg, President/CEO of PAIRS Foundation, an industry leader in marriage and relationship education since 1983, called the study’s findings “more evidence that our work is to help people develop competence in skills that are most effective to sustaining intimacy, while respecting that every person makes their own deeply personal decisions about whether to get married or stay married.”

The study found sustained improvements in positive communication skills for both men (seven of eight sites) and women (all sites); participants in six of the eight sites (all except Pennsylvania and the Bronx) were less likely to have experienced infidelity during the 30-month evaluation.

In four sites, most notably Shoreline and Orlando, men and women who received training also reported less psychological distress. In the Bronx, Seattle, Wichita and Texas, either men or women had increased symptoms of distress.

While the overall findings of the study do not show evidence-based marriage and relationship education significantly impacts the rate of divorce, it does show that some of the programs studied provide lasting benefits for marriage quality and satisfaction without any negative consequences.

National evidence-based marriage and relationship education curricula included in the study were PREP Within Our Reach (Pennsylvania, Texas and Wichita); PAIRS For Our Future, For Our Family (Orlando); Loving Couples, Loving Children (Bronx and Shoreline); PREP Becoming Parents Program (Oklahoma City and Seattle).